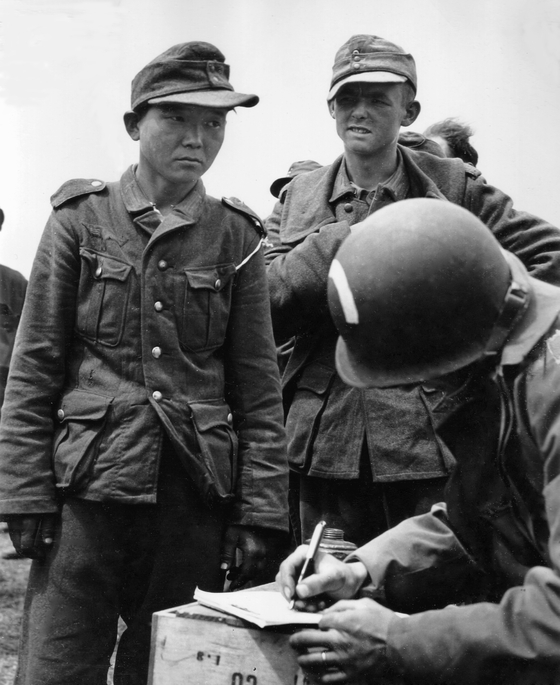 An Asian soldier captured in Normandy by the allied forces during WWII. The man is thought to be Yang Kyoung-jong. [PUBLIC DOMAIN]

In 2011, the South Korean movie, “My Way” introduced the story of a Korean man who was captured during the Normandy Landings in World War II by the allied forces.

The Korean man was wearing a German military uniform. As incredible as the story is, we can find several examples of how the world’s turbulent history sent some Koreans far away from the peninsula. Some of these were connected to Europe, particularly to Hungary, and it is my pleasure to share this with the readers.

The first Korean who became famous by his overseas mission was Go Seon-ji, a general in the eighth century A.D. He was born after the collapse of Korea’s Goguryeo Dynasty (37 B.C. to A.D. 668) which was conquered by the Chinese Tang Empire. His father was a former general of Goguryeo, who became an officer of the Tang army.

Go Seon-ji followed in his father’s footsteps and became a general in the Tang army. In 747, he led 10,000 cavalrymen across the Pamir Mountains and into the territory of present-day Afghanistan and Pakistan. Following Go Seon-ji’s expeditionary campaigns against the Tibetan Empire, the enemy’s sphere of influence shrank considerably down to the Indian subcontinent, and the regional states became tax-paying vassals of the Tang Empire. 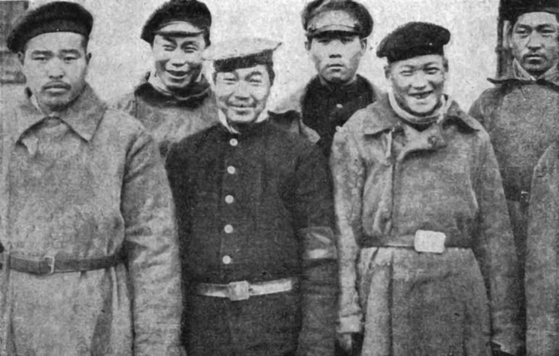 Soldiers of the Tsarist Russian army captured by the Austro-Hungarian troops during World War I. Some of them were said to be ethnic Koreans. [HUNGARIAN EMBASSY]


From Siberia to the Nazis
Despite Go Seon-ji’s military success, the life of Koreans who were sent far from the peninsula was not glorious. The fact that ethnic Korean soldiers appeared in several battlefields of Europe during WWI and WWII is not well known.

From the late 19th century, thousands of Koreans had moved to the Russian Far East. They established Korean villages around Vladivostok, obtained Russian citizenship and many were recruited in the Tsarist Russian army.

After the outbreak of WWI, some ethnic Korean soldiers also fought in the battlefields of Eastern Europe. The Hungarian book “Az ifjusag es a vilaghaboru” (The youth and the World War), published in 1917, described ethnic Koreans being captured with Russian soldiers by the Austro-Hungarian army.

According to the book, it happened in the territory of Romania in the autumn of 1916. The book contains a photo of Russian prisoners of war — allegedly some of them Koreans. Unfortunately, there is no clear information covering what happened to them next. During WWI, the captured Russian soldiers were sent to agricultural and construction sites in the hinterland, which may have also been applied to the Koreans.

Turning back to the South Korean movie “My Way,” the story of the movie is based on facts. During the Normandy Landings of WWII, the U.S. paratroopers captured four Asian males wearing German uniforms. At least one of them was believed to be Japanese. However, according to the widespread information, the soldier was a Korean. His name was Yang Kyoung-jong who was recruited to the Japanese army in 1938.

In the following year, his unit was sent to the border between Mongolia and Manchuria where a Soviet-Japanese military conflict happened. The incident was known as the Battle of Khalkhin Gol and the alleged Yang Kyoung-jong was captured there by the Soviet troops.

He was sent to a labor camp somewhere in Siberia. However, after the outbreak of WWII, the prisoners received Soviet uniform and were sent to the Eastern European battlefield to fight against the Nazi German army.

It is believed that Yang Kyoung-jong was captured by the Germans somewhere in Ukraine in 1943, then transferred to then-occupied France along with thousands of other Soviet prisoners of war.

He was captured there by the allied forces in June 1944, then sent to a prison camp in Britain. Allegedly, he was released in 1947 and became a U.S. citizen. In 2005, the South Korean SBS television channel aired a documentary about his incredible life. However, the documentary concluded that there was no evidence for the existence of Yang Kyoung-jong. 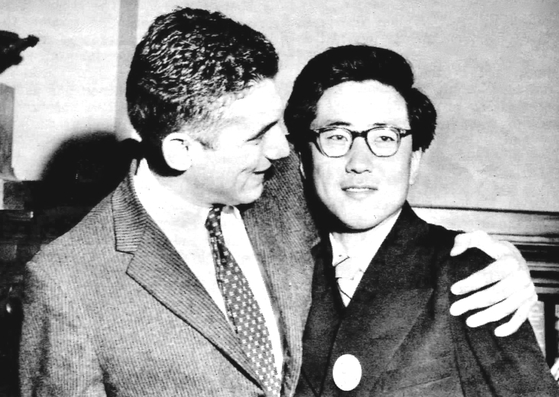 
From North Korea to Budapest
A somewhat similar odyssey happened in the 1950s. A young North Korean high school student, Zang Gi-hong, enlisted to the North Korean army right after the outbreak of the Korean War. He and his fellows received uniforms and Soviet rifles.

They were dispatched to protect the coast lines. When the  United Nations troops were on the march in the late autumn of 1950, his unit was commanded to protect a mountain top. As Zang Gi-hong told me during one of our personal meetings, an officer of the North Korean army who was from South Jeolla told them that if anybody stepped even one meter backwards, he would shoot the soldier.

However, when the tanks of the UN troops arrived, the young soldiers had no other option but to run away. Zang Gi-hong was wounded and transferred to Manchuria for medical treatment.

In 1953, as an honoured soldier, the young man had an opportunity to study in one of the so-called fraternal countries. The country was Hungary. When Zang Gi-hong and his fellows arrived in the Central European country, they were surprised at the high living standard of the people: According to him, the North Korean students who came from the hell of the battlefields were shocked by the neon signs in Budapest.

They liked the famous Gellert bath and the opera house very much. They enjoyed the goulash soup and the pancakes. However, three years later, a huge obstacle appeared. The internal tension of the Hungarian society was led to the outbreak of the anticommunist revolution in October 1956. During the days of the revolution, the people of Budapest fought against the Soviet tanks on the streets.

Zang Gi-hong utilized his experiences from the Korean battlefield and taught his Hungarian university mates how to use the Soviet-made weapons properly. Later, due to the repression from the Soviet army, Zang Gi-hong and three other North Korean students escaped from Hungary to Austria.

According to the recollection of the journalist, he saw a young Asian man among the Hungarian refugees. Barry Farber thought that he must be a Japanese reporter or a Philippine Red Cross worker.

It was not an easy task, however, because the American embassy was unable to understand the propaganda value of the North Korean refugee.

Finally, on the first anniversary of the outbreak of the Hungarian revolution, Zang Gi-hong arrived in the United States with the assistance of Barry Farber and the two men became friends for life.
Zang became a successful and wealthy architect in America while he maintained close relationship with the Hungarian community in the United States. His story is a positive example about the Koreans who have been sent far away from home by the turbulences of the history.

By Mozes Csoma, Ambassador of Hungary to Korea