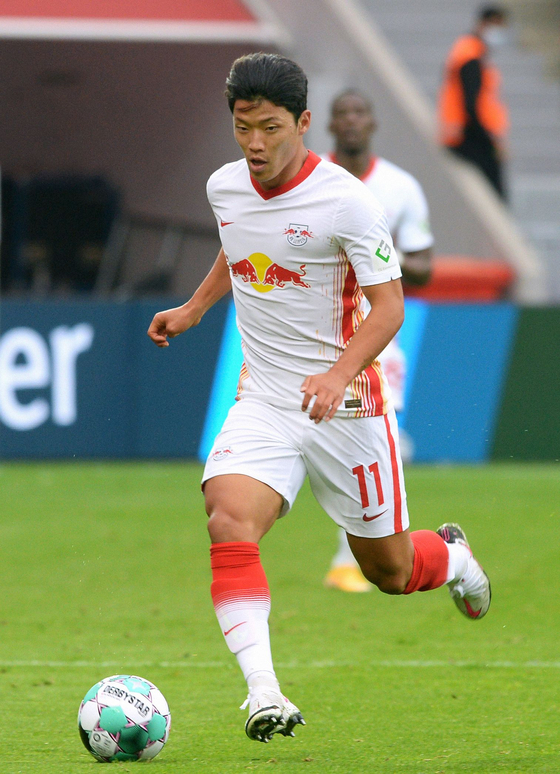 
Korean international stars Hwang Hee-chan and Kim Min-jae have both been linked to English Premier League clubs over the last few weeks, but with the transfer window set to close this weekend, there is still no sign of a deal for either player.


British media reported this week that London club West Ham United are interested in Hwang, who currently plays as a striker for RB Leipzig. According to the Daily Mail, West Ham are looking to acquire Hwang on loan before the Premier League's transfer window closes on Jan. 31.

Hwang joined RB Leipzig last year after spells at Hamburger SV and FC Liefering on loan from FC Red Bull Salzburg. Last season, Hwang scored two goals across 20 appearances for Hamburger SV. He is also a regular on the Korean team and was a member of the 2018 Asiad winning squad.

Hwang has gotten off to a slow start with Leipzig this season. In seven Bundesliga appearances he has failed to score any goals or pick up any assists. Back in September last year, Hwang scored for Leipzig in a DFB-Pokal game against F.C. Nuremberg, his only goal for the team so far this season.

Hwang's performance doesn't necessarily suggest that he is struggling to find his feet in Germany. His season has been severely hampered by the Korean national team's ill-fated November friendlies. After scoring for Korea in the first match against Qatar, Hwang was one of the players to test positive for the coronavirus, taking him out of the second international fixture and six league games for Liepzig.

Yet despite a tough season, Hwang could still be a good choice for West Ham. Nicknamed The Bull in Korea for his aggressive playing style, 25-year-old Hwang was already known as a well-rounded offensive player nearly a decade ago, having scored a hat trick against North Korea when he was just 16 years old.

West Ham are looking to fill the void left by Sebastien Haller, and Hwang's aggressive offensive style could do the trick. While he is still contracted to Leipzig until 2025, a loan could serve both teams well.

Kim Min-jae of Beijing Guoan has been linked to both Tottenham Hotspur and Chelsea, with both clubs apparently interested in acquiring the defender. 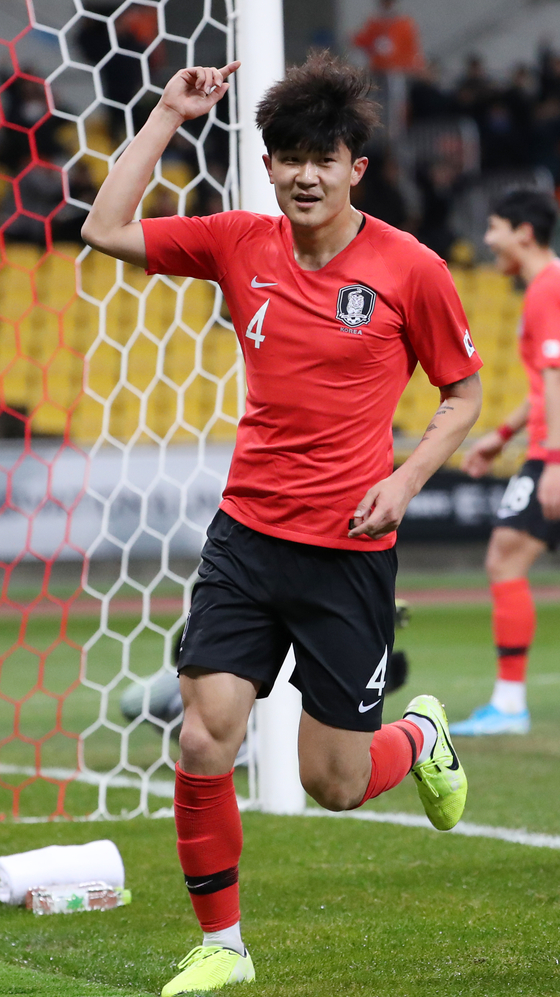 
According to the Mirror last week, Spurs are "weighing up a bid" for the Korean star, known as The Monster, and are likely to step up efforts after reports that Chelsea are also interested in Kim.

Spurs have been linked to Kim since last year, when the London side was said to be looking to sign him during the summer transfer window. Although that deal didn't work out, Spurs are said to still be interested and now even more keen to sign Kim before their local rivals get a chance.

Tottenham manager Jose Mourinho has criticized his own defense in recent games, adding to expectations that the team might be looking to bring in the Korean to anchor the back line.

With Kim's contract with Beijing set to end later this year, the Chinese side are also likely keen to set up a deal while they still have him on the books.

Kim started his professional career with Gyeongju Korea Hydro & Nuclear Power FC in Korea's third-tier K3 League in 2016, quickly moving up to Jeonbuk Hyundai Motors FC in the K League in 2017. With Jeonbuk, Kim won the K League title in 2017 and 2018 and was named the K League's Young Player of the Year.

Kim has 30 caps for the senior Korean men's team and appeared for the U-23 team eight times, including at the 2018 Asian Games.

Kim's international performance has gained him a lot of attention, earning him the nickname The Monster for his ferocious defense during the 2017 Asian qualifier for the 2018 Russia World Cup.

With the January transfer window set to close on Feb. 1, any deal involving Hwang or Kim will have to be finalized within the next few days.