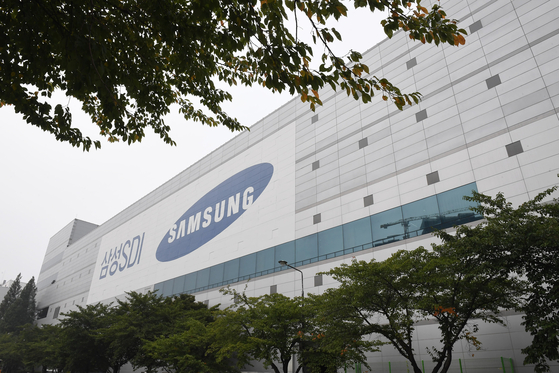 Fourth-quarter profit came in below expectations due to provisioning for costs related to EV fires, while the EV battery business lost money full year.

Samsung SDI reported 11.3 trillion won in revenue last year, which is an 11.9 percent year-on-year jump.
It is the first time for the company’s revenue to break the 11-trillion-won mark.

Fourth-quarter earnings fell short of market expectations as provisions were made for the recall of BMW and Ford plug-in hybrid electric (PHEV) models in the United States and Europe. Samsung SDI didn’t disclose the amount of the provision.

Some 27,000 BMW PHEV models were recalled globally in October 2020 due to risk of batteries overheating and fires following a similar move by Ford, which recalled 27,000 Kuga SUV PHEVs. The affected models were all equipped with Samsung SDI batteries.

Its quarterly net profit was 341.9 billion won, turning to black from a 33.1 billion won net loss. It fell short of market the consensus provided by the FnGuide, which was 381.1 billion won

Its quarterly revenue was 3.2 trillion won, a 15.3-percent jump year-on-year. Fourth-quarter operating profit came to 246.2 billion won, up more than 11-fold. Both numbers fell short of the consensus.

“We expected the fourth quarter’s EV battery business to turn to profit but couldn’t due to provisioning,” said Kim Yoon-tae, vice president at Samsung SDI during a conference call Thursday. “The cause of the quality issue hasn’t been confirmed yet, but we are supplying products without any issue after fortifying the quality management process.”

Kim forecast the revenue of EV business to show growth in the first quarter of 2021, hitting the break-even point.
Samsung SDI is looking forward to mass-producing its new Gen.5 EV battery, which is expected to boast higher energy density but be 20 percent lower in cost, according to the company, leading to higher profitability.

“We plan to finish validation of material and manufacturing processes [for the Gen.5] on pilot lines in Korea and apply them to new lines in our factory in Hungary in order to secure a stable supply even in its initial stage,” said Michael Son, senior vice president of the company during the call.

Son said that Samsung SDI in the short term will focus on its Hungary manufacturing plant but is considering expanding production to other locations in the long term.

The company expects solid growth in the EV battery and ESS businesses in 2021 amid tightening environmental regulations and initiatives aimed at carbon neutrality around the world. It also offered an upbeat outlook for the small battery business due to expected growth in demand for smart phones, wearable devices and wireless earphones.