Gift ideas for the Lunar New Year are becoming much more diversified, moving beyond the “classic” gift sets filled with Spam, fresh beef or toiletries.

Many are eyeing edible options and pastry shops and chefs are jumping on board to offer a variety of options. The move toward food items is especially evident this year with Valentine's Day falling just the day after the Lunar New Year holiday, many shops are even naming their sweet-filled gift packages as Lunar New Year sets to expand the definition of what a holiday gift can be. 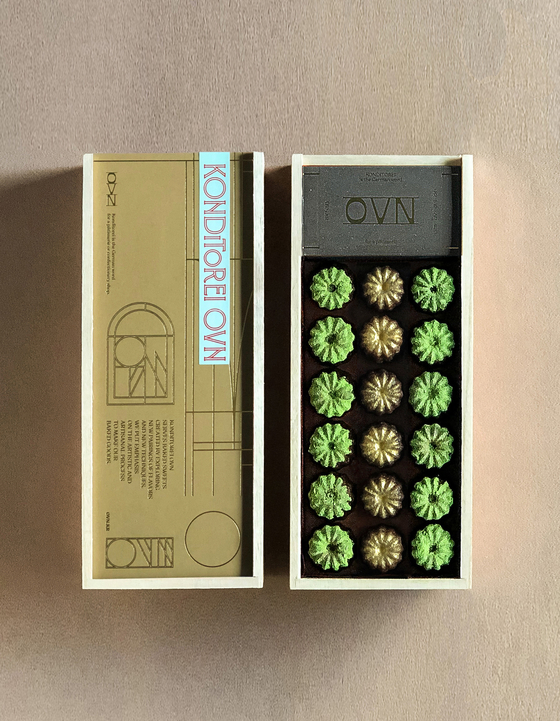 
Konditorei Oven, located in Yongsan District’s Hannam-dong, is a dessert gift shop that offers baked goods in wooden boxes. The shop itself is filled with the boxes rather than a classic glass showcase one would expect to see at a bakery or pastry shop. The store itself only has a small number of gift sets for sale each day so reservations are highly recommended to make sure no one is left disappointed.

“I wanted to highlight an artisan feel in the box of baked goods,” said Lee So-young, the owner of Konditorei Oven. She has worked with local designers to make the box, located the right molds to bake the products and created recipes that work best with such molds. It opened first online in September and then opened its offline shop in November. 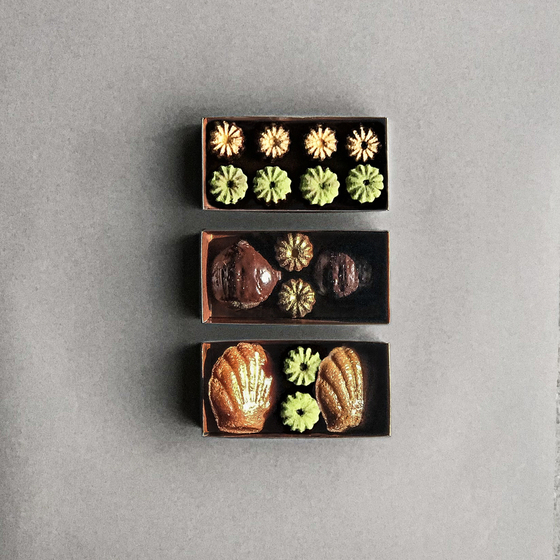 
“We have a plan to do certain flavors throughout the year,” said Lee. Currently pecan pie, green tea and vanilla flavored canelés, chestnut pound cake and two different madeleines in vanilla and coffee flavors are available until the end of this month. Gift sets start at 30,000 won ($26.82). For February and Valentine’s Day, Lee has prepared more colorful box of canelés topped with white chocolate and pink decorations, alongside a box of assorted madeleines and pecan pie.

Mochibang, located in southern Seoul’s Gangnam District, is known for its gift sets covered with bojagi, the Korean word for wrapping cloth, that highlight its mochi.

At Mochibang, particular efforts are made to make the gift sets look impressive and customers can choose the color of bojagi they like best for a custom experience. It's also possible to buy the mochi in individual pieces if you're not in the market for a gift set.

“In contrast to a few years ago when many people complained that they had to pay extra for the wrapping, customers now find it more special that they can have such packaging,” said owner Jeon Chan-hong.

For the Lunar New Year package, there are eight different options with prices ranging from 27,000 won to 138,000 won. The largest option has a special red bean jelly with a decoration shaped like magpie, a bird Koreans believe bring good fortune.

This is not the first time Mochibang has made special gift sets to cater to a particular holiday. To celebrate Korea's Parents’ Day in May it prepared a box of mochi shaped like carnations, the type of flowers which are traditionally present to moms and dads on this day.

“As people drink tea outside, we wanted to offer a food to accompany their tea experiences at home,” said Jeon.

Chef Daisy Park of Gallina Daisy has prepared her version of beef jerky, a snack often gifted around the traditional holiday. 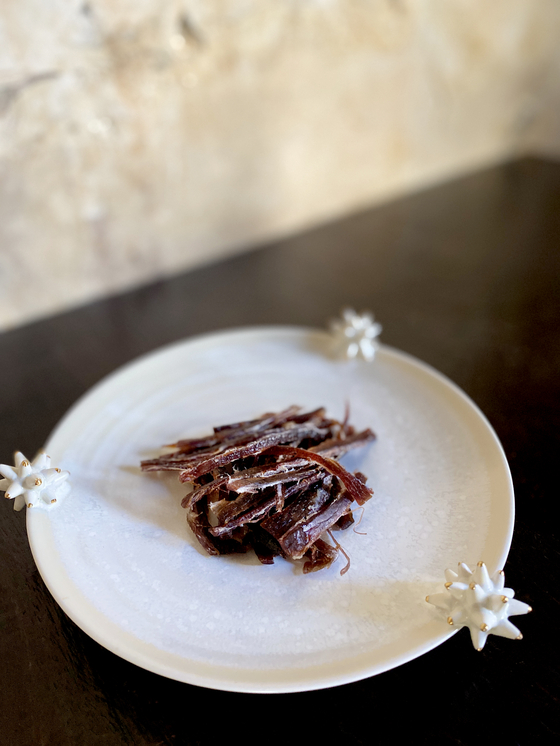 
“It used to be a snack for adults a few decades ago before it became more widely available in a variety of options imported from overseas,” said the chef.

She started to think more about the taste of beef jerky from Korea compared to jerky from overseas which she thinks has a sweeter taste.

“Because I have eaten my mom’s beef jerky for over 30 years, I have realized since I moved to Seoul that I took the taste for granted,” said the chef, who enlisted her mom to help her perfect her recipe. 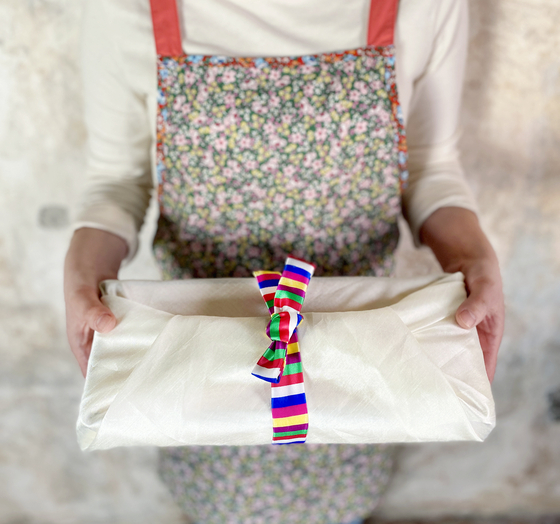 
She uses local beef from Noth Gyeongsang's Yeongju, her hometown which is known for its quality beef, and uses the round cut (known as hongduggae in Korean) rather than widely used rump (known as udun) for her beef jerky. She altered her mom’s recipe to keep the deep flavors of hanwoo beef but got rid of any unnecessary scents. She recommends eating her jerky as is, or pan-frying it without any oil to heat it up before coating it with sesame oil. Pull it apart with your hands and dip it in some honey to enjoy.

“In a world of meal kits and frozen food that makes us focus on the speed and simplicity at which our food can be prepared, eating slow-aged beef jerky can offer a different sense of satisfaction,” she said.

A set of jerky costs 110,000 won and is available through her smart store linked from @bydaisy_official. She is running a promotion until Feb. 4 where the sets can be bought for 99,000 won through @lovebazaar_online.

From beef stew to champagne, hotels unveil their Chuseok offerings