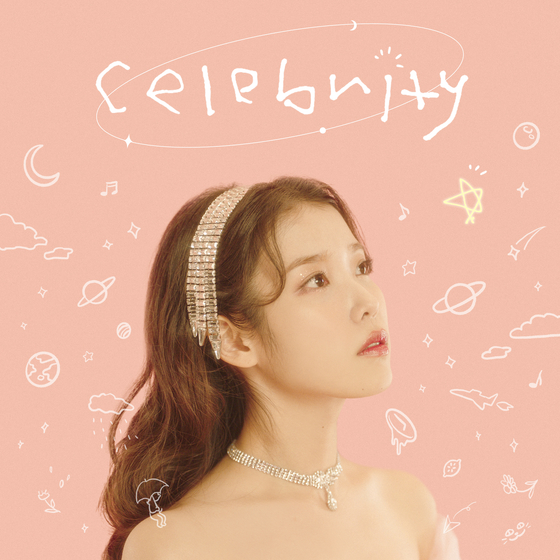 
Singer IU stormed local music charts with her latest music "Celebrity," signaling yet another successful year ahead of her while she readies for the release of her fifth full-length album.

As of Thursday morning, her song sat at the No. 1 spot on Genie Music and Bugs Music, as well as on Melon Music's newly founded 24Hits popular chart.

It also topped the iTunes song charts in six regions around the world.

"Celebrity" comes five months after her collaboration with Suga of boy band BTS on "Eight" (2020), a tropical house electronic-pop track that uses more synthetic sounds than previously heard from IU.

"I worked harder on this than on any other songs before so that it consoles and comforts the hearts of all listeners," IU said.