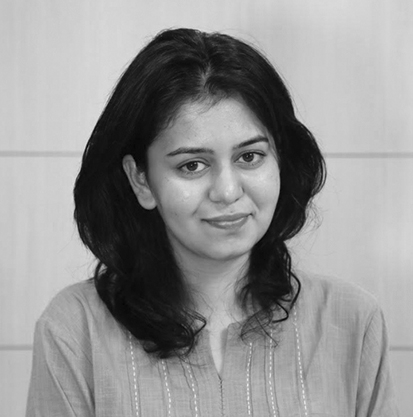 Ankita Sharma
The author is a senior researcher at Invest India, the national investment promotion agency of the government of India.


India and Korea have been, for long, joined by shared civilizational values, and strong economic ties. This is a story of how that friendship translated into a unique collaboration in the middle of the world’s biggest lockdown in history due to the Covid-19 pandemic.

In March 2020, the number of coronavirus cases in India reached the 1,000-mark. As the virus spread across the world on an unprecedented scale, it became increasingly apparent that India would need to expand its medical infrastructure. Since one of the major impacts of the Covid-19 virus is its effect on the respiratory system, ventilators were recognized as an integral resource.

Tasked with charting out a plan of action to ensure the availability, procurement, import and distribution of essential medical equipment, the third Empowered Group of Secretaries (EGoS) was set up by Indian Prime Minister Narendra Modi in March. Deliberations concluded with the chairman of the EGoS stating a requirement of 75,000 ventilators to cater to critically ill patients until the month of June.

Prior to the onset of the pandemic in the country, India had limited domestic manufacturing of ventilators, and would import them from Europe and China. As demand for medical equipment rose exponentially across the world, and supply shortages were encountered, the strategy was to boost domestic manufacturing. The export of ventilators was banned just as the country was to enter a 21-day lockdown from March 25, 2020.

As every country across the world grappled with the virus, Korea was one of the foremost nations to successfully contain its spread. This is in large part due to its use of cutting-edge technology and investment in research and development, specifically in the production of medical equipment.

Korea’s phenomenal response came not only as a result of technological advancements, but also quick and effective policy. One strategy that gained global renown was Korea’s “trace, test and treat” model. Digital tracing of cases proved to be of immense use in the process of containment. The pandemic first exacerbated in mid-February and was met with a quick response of enhancing testing. Around 10,000 tests were conducted every day, and used these to identify, isolate and treat those affected.

The Indian government, therefore, looked to Korea to learn from and adopt its models and best practices, encouraging coordination and collaboration between the two nations in order to effectively combat the pandemic.

The Indian Ministry of External Affairs identified a South Korean firm from whom two million Personal Protective Equipment were ordered at the onset of the pandemic in 2020.

The Indian government also reached out to some of the major automobile manufacturers in the country to help augment the manufacturing capacities of essential medical products. One of these automobile companies was the South Korean automobile giant, Hyundai. The firm’s Indian subsidiary, Hyundai Motor India, was approached to explore the possibility of manufacturing ventilators at the factories, along with the existing ventilator manufacturers.

Hyundai Motor India joined the country’s battle against Covid-19 and aimed to produce 1,000 ventilators during its first phase of production, gradually ramping the volume up. For this, the company partnered with a leading French global ventilator manufacturer, Air Liquide Medical Systems, which has over 40 years of industry experience and is one of the few firms that has the manufacturing facility for ventilators in India.

As capacity for indigenous production grew in India, it also began to export ventilators to other countries in need. The mobilization of domestic manufacturing of ventilators brought to light the power of working collaboratively, prioritizing equal innovation and access for all.

A similar trend was witnessed in Korea, which encouraged public and private collaboration to augment critical care capacity in the country. Both nations enhanced domestic manufacturing and reached a stage where they could cater not only to domestic needs but also to global requirements by exporting the manufactured equipment.

This health crisis has therefore brought to light the immense milestones nations can achieve if they work together. In a world as interconnected as it is now, the importance of a coordinated response becomes all the more evident. The pandemic manifested itself in a manner wherein every country had to combat the same enemy.

In light of such a global crisis, looking outward, encouraging the sharing of successful strategies, best practices, technology and other learnings is the only way forward as a whole.

While it is true that domestic conditions vary across nations, and there needs to be a situation specific response from governments, it is equally imperative to collaborate. This is exemplified in the cooperation between India and Korea during these testing times. Therefore, even in the middle of a historic pandemic, one can appreciate that it reinforced and strengthened the relationship between the two nations.

The Olympic train has departed

A rapid shift to working from home