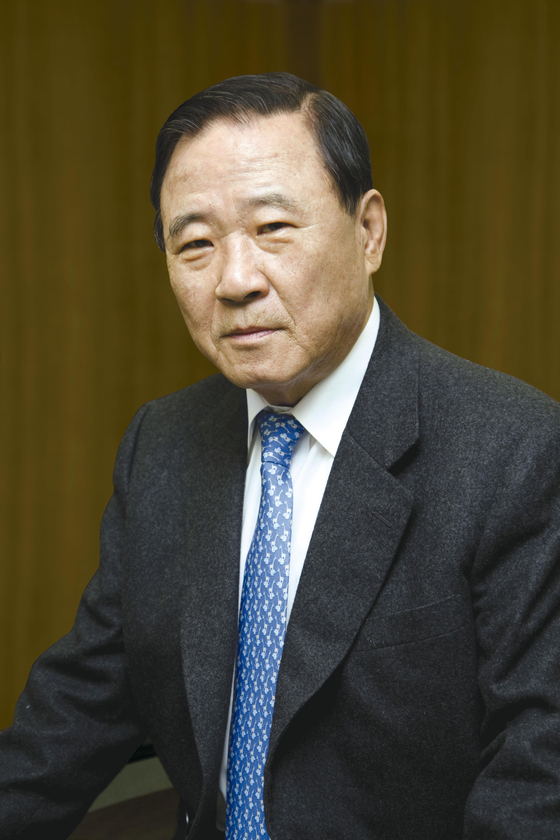 
KCC Founder and honorary Chairman Chung Sang-young who established the foundations for the chemical and construction materials-focused group died on Saturday.

As the youngest brother of the late Hyundai Group founder Chung Ju-yung, he had been the last surviving member of the first generation of the Chung family that founded Hyundai and other companies.

Chung founded what is now KCC, short for Kumgang Korea Chemical, in August 1958, mainly producing construction components.  By 1974, Chung got into the paint business with Koryo Paint. He then spun off a construction wing to start what is now KCC Engineering and Construction in 1989.

By 2005, the chemical company and the paint manufacturer had merged to become KCC, which expended into advanced materials like silicone.

He is credited with localizing production of key industrial materials including paint, silicone and glass as the founder set his own course instead of joining his older brothers at Hyundai.

KCC struck a major deal in 2018 to strengthen its footing abroad by acquiring Momentive Performance Materials, a U.S.-based silicone manufacturer.

The patriarch handed down the chairmanship at KCC to eldest son Chung Mong-jin in 2005.

The other sons — Chung Mong-ik and Chung Mong-yeol — were promoted to chairmen in August, last year, to take over KCC Glass and KCC Engineering and Construction respectively.

Chung is survived by his wife and the three sons.

The hospital was built by Chung Ju-yung, the oldest brother of the deceased, in 1977.