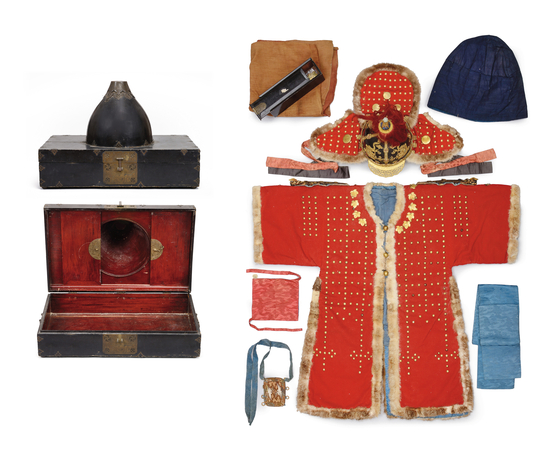 A set of armor and helmet from the Grassi Museum of Ethnology Leipzig. [NATIONAL PALACE MUSEUM OF KOREA] 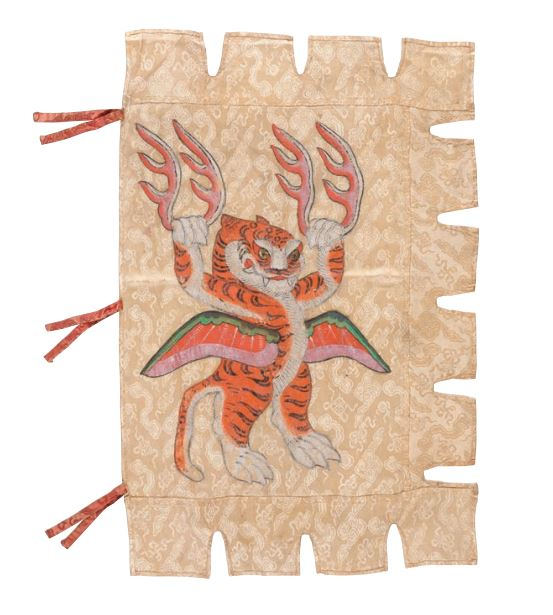 There’s more to the Joseon Dynasty’s (1392-1910) military ritual than the changing of the guards’ performance in front of Gyeongbok Palace in central Seoul. Like many other countries, Joseon Dynasty also sought to institutionalize and categorize different actions necessary to govern the state. It was done by establishing Five State Rites; auspicious ceremonies, mourning, military rituals, welcoming foreign envoys and festive events. 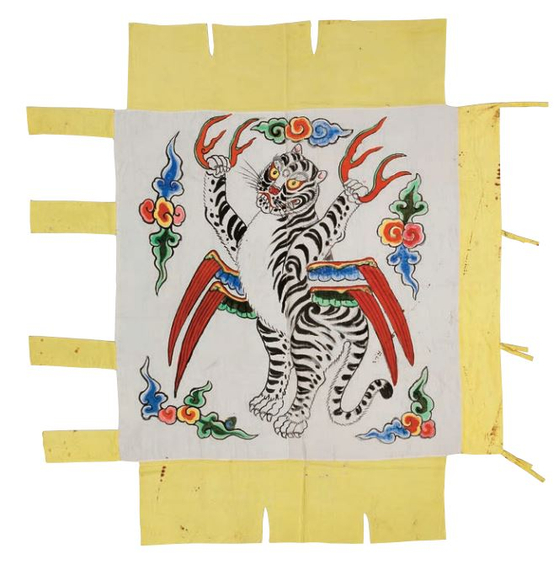 As one of the five important rites of the country, military rituals signified that the king had supreme command of the armed forces, and they also served to enhance the authority of the Joseon royal court as they presented a visual display of power. Military rituals were again categorized into six different rituals that were carried out for different purposes. 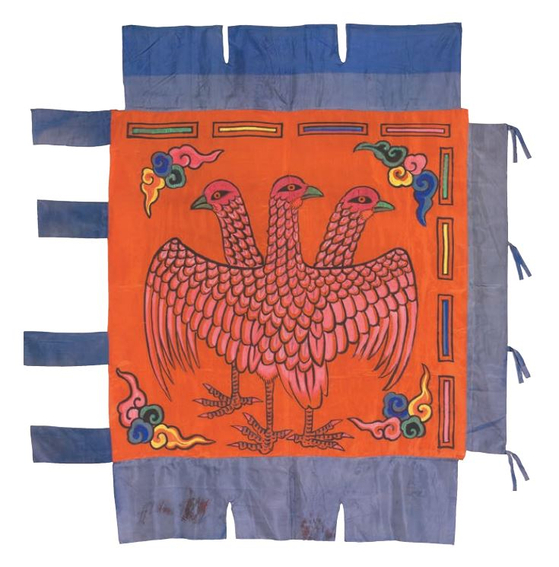 
As it reopens its doors to the public again, the National Palace Museum of Korea is inviting visitors to its special exhibition, “Military Rituals — Symbol of the Joseon Dynasty’s Military Power,” offering a comprehensive view of the Joseon Dynasty’s military rituals and how they were used to respond to threats and overcome crises.

The exhibition, which runs until March 1, is the first exhibition on military rituals with a holistic focus on Korea.

“Past exhibitions have focused on weapons, armor or flags but not the military rituals as a whole,” said Kim Dong-young, director of the museum. “As such, we have been able to display a wider range of artifacts.”

For the exhibit, the National Palace Museum of Korea managed to bring about 40 artifacts related to Joseon military rituals, such as sets of Joseon armor and helmets from two German museums — the Grassi Museum of Ethnology in Leipzig and the Museum am Rothenbaum — Cultures and Arts of the World in Hamburg. The artifacts will be displayed in Korea for the first time.

“War, hardships and infectious diseases all impact a nation; military power was used to deal with such situations,” said Lim Kyung-hee, curator of the exhibit. “The Joseon Dynasty’s military power was demonstrated through various military rituals, which is why so much effort went into their establishment following the foundation of the nation.”

The exhibit is divided into two large sections.

The first section of the exhibit attempts to showcase the military endeavors of the Joseon Dynasty.

Joseon Dynasty was based on the principles of Neo-Confucianism but at the same time paid close attention to national defense and the protection of land and sea.

King Taejo (1335-1408), the first king of the Joseon Dynasty, swiftly introduced reforms that reinforced the military power of the king, such as abolishing private armies.

Early Joseon kings introduced a new military command system with the king as commander-in-chief, and also developed tactical formations for military training. At the time, the Jurchen tribesmen of the northern regions and Japanese pirates in the South were the main enemies, so the Joseon kings encouraged the development of diverse battle formations and weaponry to deter their attacks and protect the people’s livelihoods.

The Imjin War in 1592 made Joseon realize that it can no longer depend on bows and arrows to beat the Japanese forces who were using new types of weapons. Joseon immediately established a military training agency while still at war to train their soldiers on how to use new weapons like matchlock rifles. But following invasions from neighboring nations, including the Manchu Invasion in 1636, Joseon realized the shortcomings of its military power. Since then, the Joseon kings hoped to fortify the nation’s defense by obtaining books and the latest information on war tactics and weaponry.

Such information can be seen through various historical documents exhibited in this section, including the Military Strategy Book (1492), Manual on Principles of Military Operations written by King Sejo, the Illustrated Martial Arts Training Manual written in the time of King Jeongjo (1752-1800) and more.

The second part of the exhibit takes visitors deeper into the military rites.

The first historical record of the military ritual of the Joseon Dynasty appears in “The Chronicles of Sejong.”

The exhibit displays the “Portrait of King Cheljong” to showcase how Joseon tried to present the king’s sovereignty with military power as it’s the only late-Joseon painting that shows the king in military attire.

In the next section, visitors can learn about the six different military rites and the items used for these events. 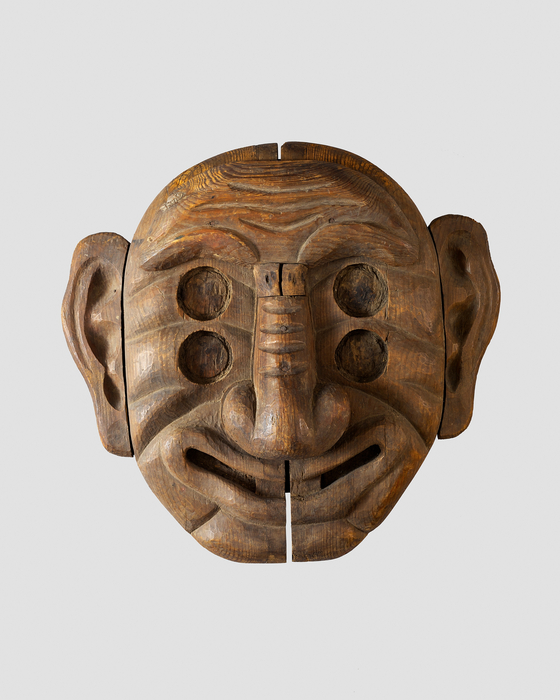 Bangsangsi Mask, which was worn by a person with the role of expelling evil spirits. [NATIONAL PALACE MUSEUM OF KOREA]


Guisigui was performed to make the sun reappears during the solar eclipse, while Gyedongdaenaui was performed to drive away evil spirits that were believed to cause infectious disease. These two military rites, according to Lim, “were performed in an attempt to utilize military force to stabilize natural phenomena and restore normalcy.”

The Bangsangsi Mask, which is the only surviving relic of its kind, is displayed in this section. This mask was worn by a person in charge of expelling evil spirits. Because these masks were either burnt or buried after the ritual, it is rare to see one today, explained Lim.

Another type of military ritual known as Daesaui, in which the king practices archery together with his subjects, was considered important for developing self-discipline and nurturing virtue. 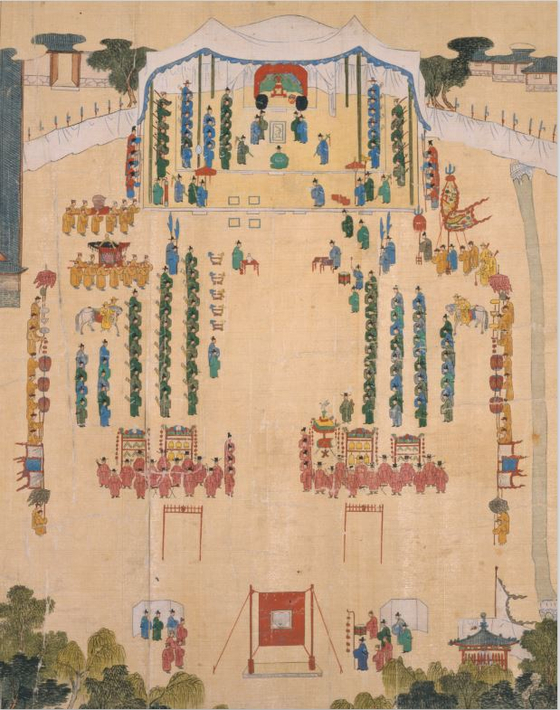 A painting illustrating Daesaui, in which the king practices archery together with his subjects. [NATIONAL PALACE MUSEUM OF KOREA]


Seollopoui and Heongoegui are rituals for proclaiming victory by displaying a decree describing how a war was fought and how victory was won alongside the severed head of an enemy leader. They were recognized as formal military rituals in 1744 when King Yeongjo published them in the book of state rites. According to Lim, making these official by King Yeongjo was also a political act to display his authority.

To offer visitors a better understanding of the rites, this section of the exhibition also features an animated short film featuring the process of submission of the victory decree to the king, followed by the presentation of the enemy’s head to the king and displaying the head outside the palace.

Lastly, Daeyeorui is a military exercise directly commanded by the king that mobilized a greater number of soldiers than other military rituals. It was a grand rite to show off the military power to its people and other states. This section of the exhibit is most visually appealing, with displays of colorful flags, armor and weapons. A large screen is also set up in this section projecting a scene of the Daeyeori ritual to show how extravagant it was.

Though the museum is open, visitors are required to reserve a time to see the exhibition. Reservations can be made on the museum’s website, www.gogung.go.kr.