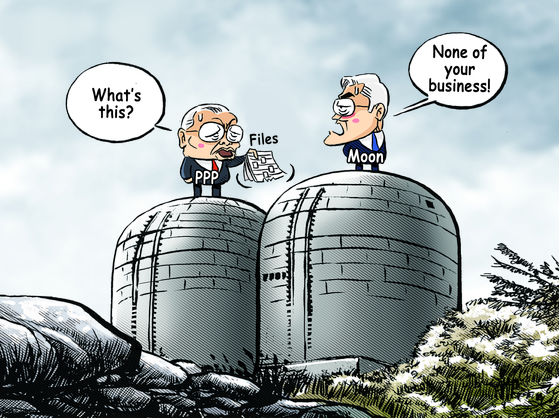 After it was revealed that South Korea’s Energy Ministry officials tried to delete sensitive files — allegedly on an offer of a nuclear reactor by President Moon Jae-in during his summit with North Korean leader Kim Jong-un — the opposition People Power Party (PPP) attacked the government for trying to aid the enemy. The Moon administration blamed the conservative party for politicking ahead of by-elections. [PARK YONG-SEOK]