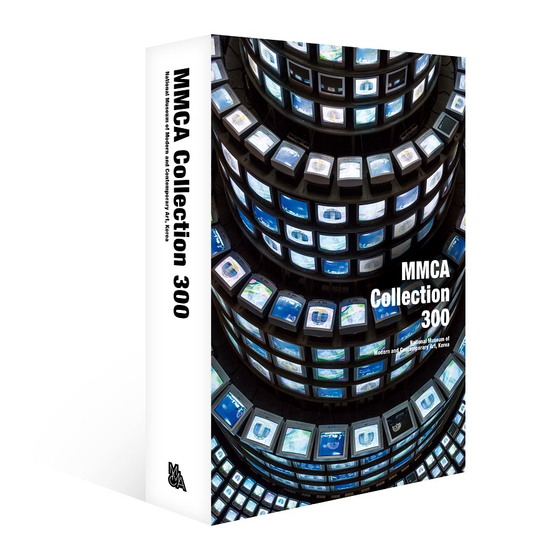 The cover of the English edition of ″MMCA Collection 300″ [MMCA] 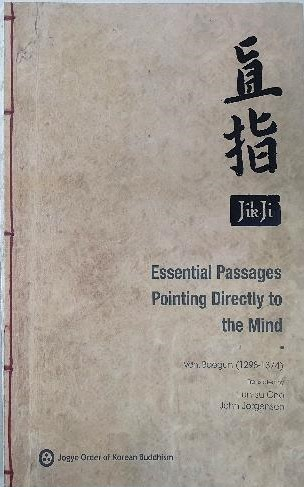 
The English translations of two notable books about Korean arts and culture were published last week. One is “Jikji,” a Zen philosophy book originally published in 1377. The book is well known as the world's oldest book printed with movable metal type. The other is “MMCA Collection 300,” which features 300 iconic works among the collection of the National Museum of Modern and Contemporary Art.

“Jikji,” originally written in Chinese characters by Buddhist monk Baegun, is the abbreviated title of a Buddhist document whose full title "Jikji Simche Yojeol" can be translated as "anthology of great Buddhist priests' Zen teachings."

It was printed in 1377 at the Heungdeok Temple in the central city of Cheongju during the Goryeo Dynasty (918-1392). That was 78 years prior to the printing of Gutenberg's 42-line Bible in Europe.

Unesco confirmed "Jikji" as the world's oldest metal-printed book in 2001 and included it in the Unesco Memory of the World registry that year. The ancient book is now kept at the National Library of France in Paris.

The Jogye Order, Korea's largest Buddhist sect, first published the English translations of "Jikji" in 2005. The latest edition has been completed through reviewing and reediting last year, the Jogye Order said.

The Buddhist order said it has no plan to sell the English translation for now but will provide it to the public libraries sooner or later. It is also considering uploading a Portable Document Format (PDF) file of the book on the Internet so that foreign readers could have easy access to the book.

Meanwhile, “MMCA Collection 300” explores the formation and movement of Korean modern and contemporary art between 1910 and 2000 through a selection of 300 works by 300 artists from the museum’s collection. The book in Korean was published in 2019 in celebration of the 50th anniversary of the museum’s opening.

Youn Bummo, director of the museum, said in a press release “The English version of 'MMCA Collection 300' will quench the thirst of foreign readers who want to know more about Korean art.”

The works featured by the book are currently on display in permanent exhibitions held at the MMCA’s Seoul branch and Gwacheon headquarters under the titles “MMCA Collection Highlights.”

The book can be ordered in and delivered to foreign countries through the MMCA online shop (www.mmcashop.co.kr). It can also be purchased at major online bookstores.