The man behind the movies

The man behind the movies 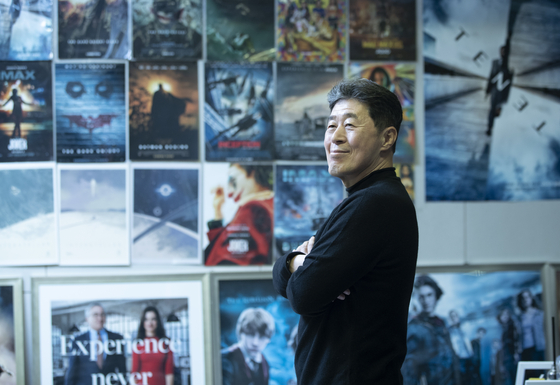 
From director Garry Marshall's "Pretty Women" (1990) to Christopher Nolan’s “Interstellar" (2014), the success of these movies in Korea can be partly attributed to one person — Park Hyo-sung.


Park is a former general manager of Warner Bros Korea who worked at the company for 31 years until he retired in last December. He became the longest-working employee in Korea since the nation welcomed the local branch of the movie distributor in the late 1980s.

In his over three decades at Warner Bros, Park has witnessed how Korea has made a name for itself in the international movie scene. In a recent interview with the JoongAng Ilbo, an affiliate of the Korea JoongAng Daily, he summarized his time in the industry as "continuously challenging."

Including “Wonder Woman 1984” released in December, Park has been involved in the distribution of 352 films in Korea. He has shaped the era of multiplex, and helped locals access and become fans of many big franchise movies like "The Matrix", "Harry Potter" and "Batman" film series. It was also Park who brought Hollywood star Tom Cruise to Korea for the first time in 1994 to promote “The Interview with the Vampire,” the first of nine trips the actor has made to the country so far.

Park recalled that Cruise requested to go on a military jet after all the official events were wrapped up, which Park set up at Osan Air Base after checking with the U.S. Embassy. Cruise wrote Park a handwritten letter and told him he should reach out whenever he visits Los Angeles. 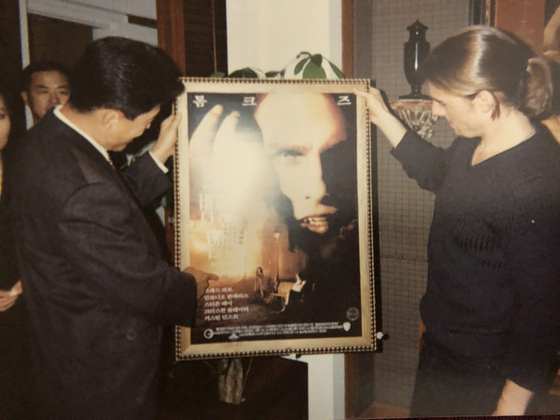 Former general manager Park Hyo-sung of Warner Bros Korea, left, takes a look at the poster of "The Interview with the Vampire" in 1994, with lead actor Tom Cruise, right, when the movie came to Korea for the first time. [PARK HYO-SUNG]


When Warner Bros first landed on Korean soil, there were restrictions in place that seem unimaginable in today's world. Movie titles were prohibited from containing any English words and the local ethics committee for cultural performances often censored films, and requested certain parts to be cut. But Warner Bros Korea had no choice but to follow all given instructions.

"The potential of Korea’s movie scene rose to the surface slowly as things changed, especially with the arrival with multiplexes and lots of investment coming into the business," Park said. "How the industry made it more comfortable and convenient for audiences to enjoy movies was the key factor that helped Korea’s movie scene to grow."

Another big change Park bore first-hand witness to was the digital transformation. Initially, the team had to go all the way to the United States to bring back several 20-kilogram-heavy (44 pounds) film rolls, and then add subtitles to them. When 11 theaters were showing “Lethal Weapon 2,” Park had to hand deliver the films to each one himself. The last physical film he delivered to a movie theater was “Jack the Giant Killer” in 2013.

Before Disney Korea launched in 1992, Park also worked on the distribution of Disney animated movies like “The Little Mermaid”(1989) and “Beauty and the Beast" (1991).

Only four years after joining Warner Bros Korea, he was promoted to general manager in charge of liaising with the U.S. office to make annual plans on what movies would be suitable for Korean audiences.

Of course, it wasn't always smooth sailing. When “Falling Down” (1993), starring actor Michel Douglas arrived in Korea, a disparaging scene about Korean-Americans led to a boycott of the movie in Korea.

“It was difficult for us to take it down because we had already spent all our budget for the promotion of the movie,” said Park. “But the U.S. headquarters said we shouldn’t push things hard if a serious conflict is expected. I learned a lot from the company.”

Some directors and movies, like "Interstellar" (2014) were particularly well received here, bringing in over 10 million audience members to the theater. Korea became the movie's third-largest market after North America and China.

"Nolan once said in an interview that it is because the level of Korean audiences is quite high, and I agree," said Park. "Although the story is quite obscure, how Korean audiences analyze the storyline of the movie fits very well with the director’s unique imagination."

The local branch of Warner Bros also invested and distributed works by Korean directors. Its first foray was in 2016 with director Kim Jee-woon’s “The Age of Shadows" (2016), and it went on to distribute 10 more local films.

“The company started from a U.S. company, but it was operated with a greater will that it will grow with the Korean market,” said Park.

“Regardless of the success of each movie we tried, we think we were successful in all as we took on challenges and tried new things."

Before joining the company, Park had only seen three movies including “Doctor Zhivago” (1965) which he had watched with his entire class in middle school. In his 20s, he worked at a construction company and then a logistics company. He was introduced to Warner Bros through some acquaintances when the office had less than 10 employees. After landing the job, he started watching potential releases up to 10 times to find a way to better introduce the movies. He watched “The Dead Poet Society” (1989) over 40 times.

In his more than 30 years spent at the company, the biggest hit he witnessed was the “Harry Potter” series.

He originally planned to retire in February, but that plan changed due to the coronavirus pandemic. As the number of theatergoers plummeted, the sales of the company also decreased by some 70 percent.

“I’m confident that the pandemic cannot hurt our will and belief,” Park said, citing the movie “Pay It Forward" (2000).

“The movie ['Pay It Forward'] sends the messages that one person being nice to three can lead to each giving more to another three, and that will eventually change the world. I hope we see that happening in real life.” 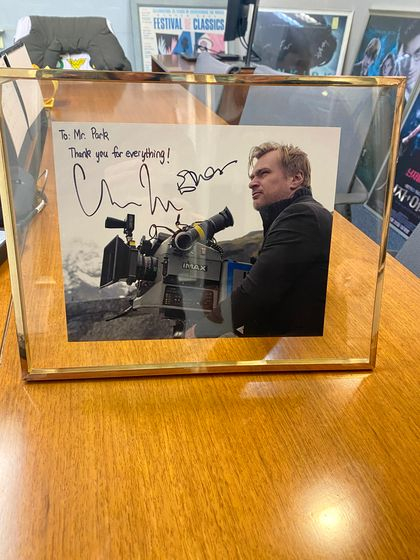