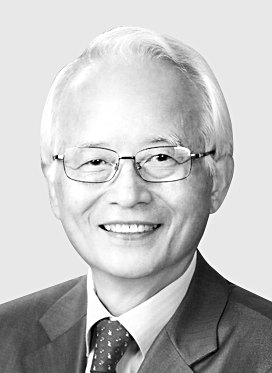 Kim Min-hwan
The author is an emeritus professor of media and communications at Korea University.


John Milton’s “Areopagitica” published in 1644 is the ultimate take on freedom of speech. This book is cherished by many as it deals with the basic principle of liberalism. As Prof. Fredrick Siebert, director of the School of Journalism and Communications at the University of Illinois, says, “Areopagitica” is the source of key ideas about press freedom, the marketplace of ideas and the self-correction process. The fundamental concept of liberalism comes from the belief that a desirable public idea can be produced through an interaction of various opinions if one is allowed to freely present one's own ideas in a marketplace of ideas.

“Let her [Truth] and Falsehood grapple; whoever knew Truth put to the worse in a free and open encounter? Her confuting is the best and surest suppressing,” wrote Milton. His insight is still fresh and important today.

The development of democracy since Milton represents a series of processes to systemically support and embody his idea. The system of representation — where representatives are elected through an election to debate a public agenda in a parliament — is one of the best-known outcomes. An election allows the voters to evaluate candidates’ political activities during a certain period of time and wrap up the system’s self-correction process. Through an election, a nation concludes the past and advances to the future.

An election during Korea’s so-called “Three Kim” era — named for political giants Kim Dae-jung, Kim Young-sam and Kim Jong-pil — was a contest of personal appeal. Their loyalists formed factions around them and assisted them. But after their era ended, elections became contests of ideology. The Kim Dae-jung era was a transitional period. He created an alliance with Kim Jong-pil and linked the Jeolla and Chungcheong voters to open the era of liberal politics. He opened a new era in a retro style based on regionalism. Since President Roh Moo-hyun, regionalism has faded and ideological competition has risen, which suggests democracy has grown that much in this land.

The liberal camp had a landslide victory in parliamentary elections last April. But it was not so much a triumph of the liberals as a defeat of the conservatives. Why did the conservative camp suffer a crushing defeat? President Park Geun-hye’s historic removal from office played a big part in the decline of the conservatives, but their defeat primarily came from a critical malfunctioning of the self-correction process among conservatives. They should have had a fierce debate internally, studied their failures and presented a new vision after Park was impeached and removed from office. But the pro-Park faction thwarted that process by using her loyalists, known as the Taeguki troops. And the people showed that they were fed up with the conservatives’ obstinacy.

The April 7 by-elections are drawing near. As new mayors of Seoul and Busan will be elected — and the elections are taking place ahead of the presidential election next year — they carry great significance. The upcoming by-elections will be a contest of ideologies, not candidates’ personal appeal.

It is interesting that the liberals are now repeating the conservatives’ mistakes of the recent past. As we have seen in the scandals surrounding former Justice Minister Cho Kuk and Rep. Yoon Mee-hyang, the liberals, too, did not go through the self-correction process. When scandals erupted, they should have looked into the mirror, revealed their wrongdoings and promised to make amends. And yet, they did the exact opposite. They attacked the prosecution during the Cho Kuk scandal and even labeled critics of Yoon “Japanese collaborators.” Even now, a different opinion is not accepted inside the ruling Democratic Party (DP). It’s taken as a sign of disloyalty. Liberty is supposed to put the brakes on hegemony, but the liberals only allow the kind of liberty that strengthens their hegemony.

At the center of this strange phenomenon are the loyal fans of President Moon Jae-in. According to Prof. Kang Joon-man, this fanatical group goes beyond the credo that they do not support anyone other than Moon. Instead, they go so far as to show hostility to anyone who criticizes Moon. Though they critically impede the self-correction process of the liberals, DP lawmakers are busy taking advantage of the forces. On top of that, there seems to be no change in Moon’s perception of his enthusiasts simply as a “spice to democracy.” After the liberals turned their backs on their ideological mentors, an increasing number of people are fed up with the way the fanatical group behaves.

Unless both sides restore the self-correction process, the centrists — who repeatedly played their role as game changers — will have to complete the process from outside. An election is a great tool to prove that.