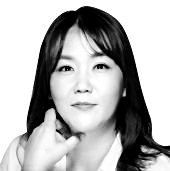 Lee Young-hee
The author is a Tokyo correspondent for the JoongAng Ilbo.

The Tokyo Olympic and Paralympic Games Organization Committee (Togoc) Chairman Yoshiro Mori said discussions were underway to proceed with the Summer Games this year after he held phone talks with International Olympics Committee (IOC) President Thomas Bach last week. Unlike much wavering against the unprecedented pandemic outbreak last year, Tokyo hinted it has support from the IOC and other NOCs to hold the international sports event this year after a one-year delay.

The Times earlier reported that the Japanese government privately decided to cancel the Games this year. But Tokyo is hoping to keep the Olympics alive, slated to open on July 23. Claiming there would be no delay or cancellation, Togoc vowed to be a “role model” in running an international event during the pandemic.

Tokyo cannot afford to back down. There has been a suggestion of pushing back the Games until the fall or next year. But there is no guarantee the pandemic crisis will be resolved by fall. Next year’s sports calendar is already packed — the Beijing Winter Olympic Games is scheduled for February, followed by the Asian Games in Hangzhou, China, in September and the FIFA World Cup in Qatar in November.

If Tokyo surrenders the Summer Games, it would more or less be admitting to its Covid-19 mitigation failure, which could translate into political doom for the ruling party and Prime Minister Yoshihide Suga. It is why Suga has been reiterating the will to host the Olympics this year.

One option is to simplify the Olympics as much as possible. The organizing committee said the biggest challenge is to scale back the event. A likely scenario is to have no spectators or restrict audiences to residents in Japan.

Until November last year, the IOC and the Japanese government had been against the idea of holding the sports competition without spectators. But Chairman Mori said the option is being studied.

According to estimates made last year, Japan could face a loss of up to 4.5 trillion yen ($43 billion). If the Games are held without spectators, the loss could be halved to 2.4 trillion yen. 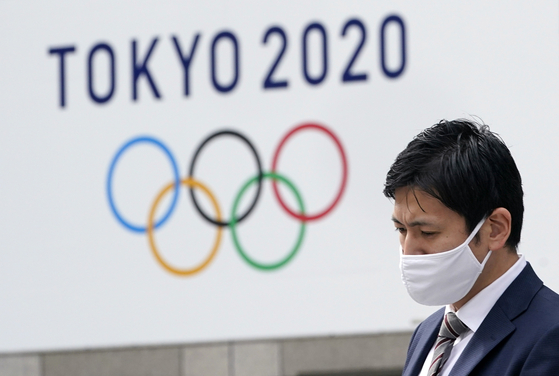 A citizen wearing a face mask passes by a Tokyo Olympics sign board near the Tokyo city hall recently. [EPA/YONHAP]


After quoting multiple sources from the Togoc on Jan. 28, the Nikkan Sports Daily reported the most plausible idea is to allow people in Japan to come to the competitions. Japan would have to refund the 1 million tickets already sold overseas, but could save the cost of quarantining foreign visitors to the games.

If all events proceed as planned, the number of athletes would total 11,000. The sports facilities and residents would have to be strictly controlled to ensure there was no spread from outside.

The government is drawing up a rule book with the IOC for athletes and participants to follow from entry to competition and departure. All participants would have to strictly abide by the rules to cooperate in keeping the sports zone safe from Covid-19 throughout the Games.

The IOC is pinning its hopes on the fact that no mishaps happened during the Major Baseball League and NBA games in the United States and Asian Football matches last year. According to Bach, for more than 7,000 sports contests held this winter, 175,000 tests were taken by athletes, from which positive cases stopped at 0.18 percent. Under the same projection, out of about 10,000 athletes in the Tokyo Olympics, those testing positive could stop at 18.

Tokyo is also pinning its hope on vaccine rollouts. As vaccination has started in 50 countries, Japan would launch its vaccine program in February, The IOC also advises all Olympics contestants to take the jabs. It has already begun discussing with Covax Facility to ensure there are sufficient vaccine supplies for athletes in various countries.

There is still the possibility of a cancellation of the Games. An anonymous government official told the JoongAng Ilbo that if countries boycott participation in the Olympics and the pandemic does not die down by the end of February, Tokyo may not be able to push ahead with the plans.

The fate of the Tokyo Olympics will be determined during the IOC Congress to be held virtually on March 10-12. The announcement of the cancellation of the Games was made on March 24 last year — just two days before the Olympic torch relay was to start. The torch relay this year is scheduled to start on March 25 in Fukushima Prefecture.