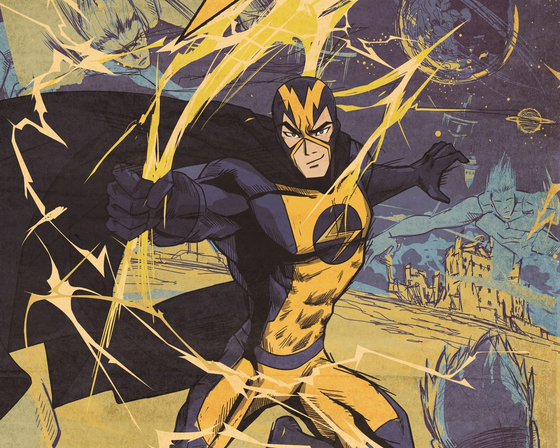 Electroman, the mascot of electronics chain Electro Mart, could be the mascot if Emart chooses to rebrand the Wyverns as the Electros. [EMART]


Shinsegae Group on Monday announced that it has applied to trademark the name Electros, a possible contender as the new name for the SK Wyverns.

"In the process of preparing to name the baseball team, we filed a trademark application for the name Electros," Shinsegae said in a statement, adding that the name is one of many under consideration.

Shinsegae Group and SK Telecom announced last week that Shinsegae was buying the Incheon-based SK Wyverns to be managed by supermarket chain Emart.

The team's new name, emblem and mascots are all set to be unveiled in March, before the new season begins at the start of April. There has been a lot of speculation over what the team would be called, especially since the supermarket chain owns so many brand names.

It was rumored last week that the company may choose to name it after e-commerce platform SSG.com, although the company hasn't confirmed those reports. Other options include Shinsegae, Emart and Starfield, to name a few. The company may choose to name the team after one of its newer brands, like SSG or Starfield, in order to raise brand awareness. Shinsegae and Emart have both been household brands for years.