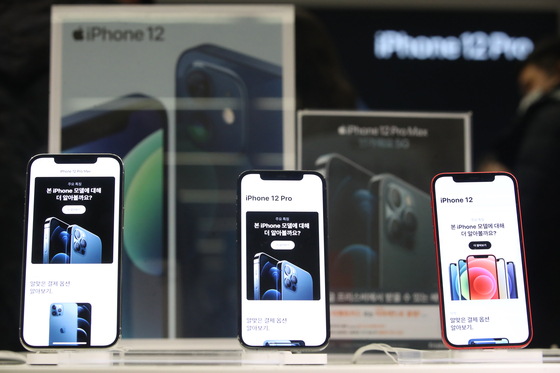 Apple dodged a penalty from Korea's antitrust watchdog by agreeing to shoulder more of the costs of after-sales service and marketing of its products in Korea.

The U.S. company also agreed to finance an academy for tech developers and R&D center for small Korean businesses.

The Fair Trade Commission (FTC) on Wednesday said it and Apple had agreed to a so-called consent order resolving its dispute.
In 2019, the antitrust agency concluded that Apple violated fair trade regulations by forcing Korea's telecommunication companies, SK Telecom, KT and LG U+, to shoulder too many marketing and repair costs for Apple products.

Under the agreement with the FTC, Apple agreed to pay a total amount of 100 billion won ($86 million).

From that total amount, 25 billion won will be used to cover the costs of AppleCare services, extended warranties customers can opt for when buying Apple products.

Some 40 billion won of Apple's payment will be used to establish an R&D center for local manufacturers.

The company will also invest 25 billion won to start an academy that will train roughly 200 developers annually. They will be given nine-month courses in skills like coding.

Apple will finance the R&D center and academy for three years.

It will spend 10 billion won to support digital education in Korea, including supplying iPads and MacBook laptops to students in need.

The FTC said it will check Apple's compliance through an accounting firm.

If the company fails to fulfill its agreement, the Korean government will fine 2 million won per day or scrap the agreement. 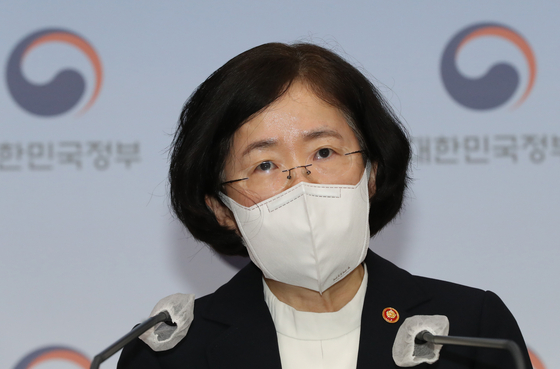 Joh Sung-wook, FTC Chairwoman, stressed that the negotiation with Apple took roughly 19 months. She said the FTC will be faster in the future in such cases.

Last May, Apple agreed to change its after-sales service and marketing policies in Korea.

The FTC has what it calls a consent order system in which companies can avoid penalties or criminal complaints if they agree to changes in the way they do business.

The FTC said Apple's agreement was a victory as other countries have failed to curb its unfair practices.


According to the FTC, cases with Apple in other major countries including the U.S. Australia and Canada have led to court cases that Apple won.

“The only country that took regulatory action as far as we know is Taiwan,” said Song Sang-min, head of the FTC’s anti-monopoly bureau. “And the fine that it levied was only 800 million won. Another case is currently in progress in France, where the fine the French antitrust agency proposed to a court is 65 billion won.”