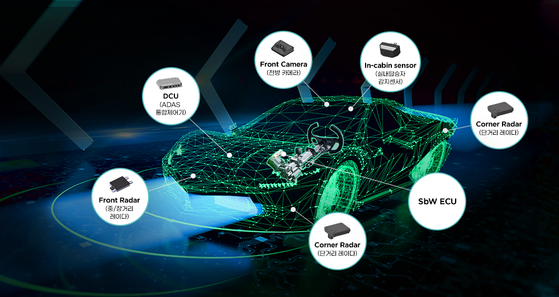 
Automobile parts developer Mando bought all shares of Mando-Hella Electronics (MHE) for 165 billion won ($148 million) on Wednesday with the aim of scaling up production of components for autonomous driving vehicles overseas.

Headquartered in Incheon, Gyeonggi, MHE was a 50-50 joint venture between Hella, a German automobile parts supplier, and Halla Holdings, a holdings unit of Mando.

MHE will get a new name when the purchase process ends in the first half of this year, according to Mando. The new name has not been decided.


“[Mando] will add short-range radar based on our own technologies to our business portfolio on top of the existing line-up including long-range and mid-range ones,” said Halla Group in a statement. “Mando is on track to develop in-cabin sensors and other next-generation control systems,” it continued.

With production bases in China and India, it hopes to boost sales in those regions and enter the North American and European markets.

The company also plans to boost the proportion of parts fully manufactured by the company rather than using outsourced parts.

“The deal will take Mando’s autonomous driving technology to the next level,” said Cho Seong-hyeon, president at Mando.
“With the acquisition, we will improve competitiveness in prices and quality control through direct management of manufacturing while nimbly responding to the needs of the global market,” he said.