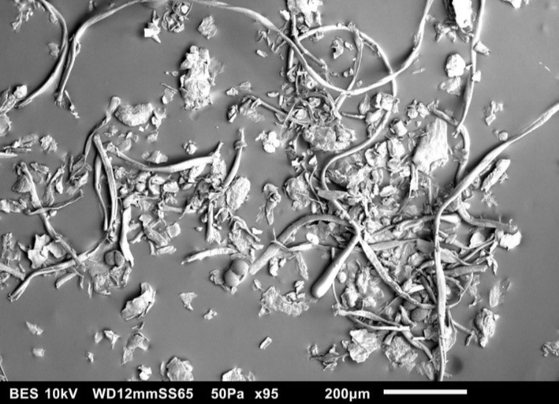 Dust magnified through a microscope. [DYSON]


When it comes to dust inside the house, no country has higher awareness than Korea, according to a recent study by British electronics maker Dyson.

Best known for its cordless vacuum machines, the company ran an online survey on 10,754 people in 10 countries for its "Dyson Global Dusty Study." The questionnaire mainly comprised of questions about cleaning habits.

Korea, among others, showed a stronger tendency to keep the household clear of dust and fine particles.

Thirty-nine percent of Korean respondents said they immediately change their clothes or throw them in the washing machine as soon as they return home. This put Korea at the top of the list, followed by China in second. The average figure for all 10 countries stood at 29 percent.

The country ranked second behind China on the question asking how often people have a big clean. Seventy-three percent of Koreans answered they do it more than once a month, while globally, only 65 percent of respondents gave the same answer.

Korea also showed the highest level of awareness and understanding of household dust and its impact on the human body. Among respondents from all 10 countries, 43 percent acknowledge that household dust can be hazardous. Korean respondents, on the other hand, showed a stronger response at 60 percent.

Overall, the survey found that interest in cleaning had escalated during the Covid-19 pandemic. Fifty-nine percent of respondents said they cleaned the house more often after the coronavirus outbreak.

“People tend to think about the “visible” contributors of household dust, while the microscopic and potentially more dangerous elements of dust are largely ignored,” the report said.