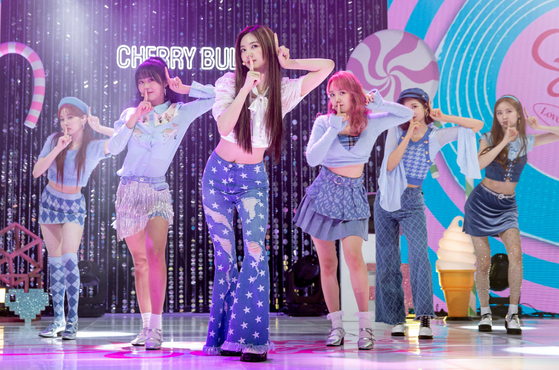 
The talent agency that manages K-pop acts like CNBlue, AOA, Cherry Bullet and P1Harmony announced Wednesday that it has created an agency focusing on girl groups and will soon form one for trot acts.

FNC B, which is scheduled to open this month, will specialize in trot music, a nearly century-old genre in Korea that has been enjoying a renaissance. The new label will be established as a partnership between FNC Entertainment and HOW Entertainment, with each company owning 50 percent. HOW Entertainment is a subsidiary of NHN Bugs, a music streaming business.

According to FNC Entertainment, once FNC B is up and running, nearly everything from album production to artist management will be done in-house. FNC B will soon be looking for trot musicians to recruit, both those currently active and new artists.

Girl groups will be managed by FNC W, which was formed on Feb. 1. Han Seung-hoon, a producer who is also the co-CEO of FNC Entertainment, has been appointed as the CEO of FNC W.

Girl group Cherry Bullet, which is currently under the management of FNC Entertainment, will be managed by FNC W. Cherry Bullet made a debut early 2019 with an EP "Let's Play Cherry Bullet."