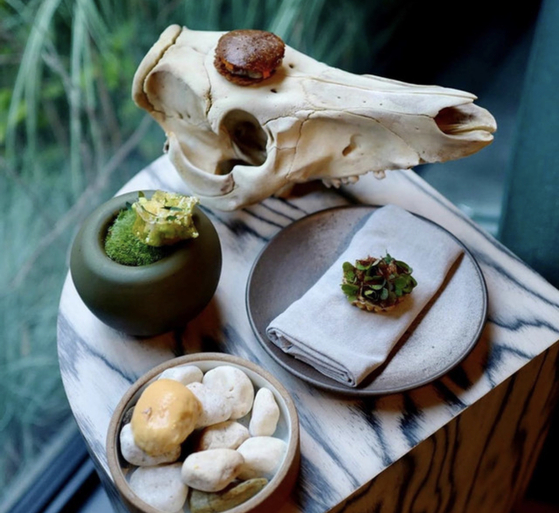 A collection of different bites from restaurant Evett in Yeoksam-dong, southern Seoul. [EVETT]

Daniel Garwood, a head chef of Michelin-starred restaurant Evett under Australian chef Joseph Lidgerwood in Yeoksam-dong, southern Seoul’s Gangnam District, is taking his first step to show his culinary style outside of his usual premise for a charity event.

He is taking the lead for a special dinner event “Mental Health Awareness Charity Dinner” to help those suffering with mental illness, in partnership with LifeLine Korea, which offers services related to suicide prevention. 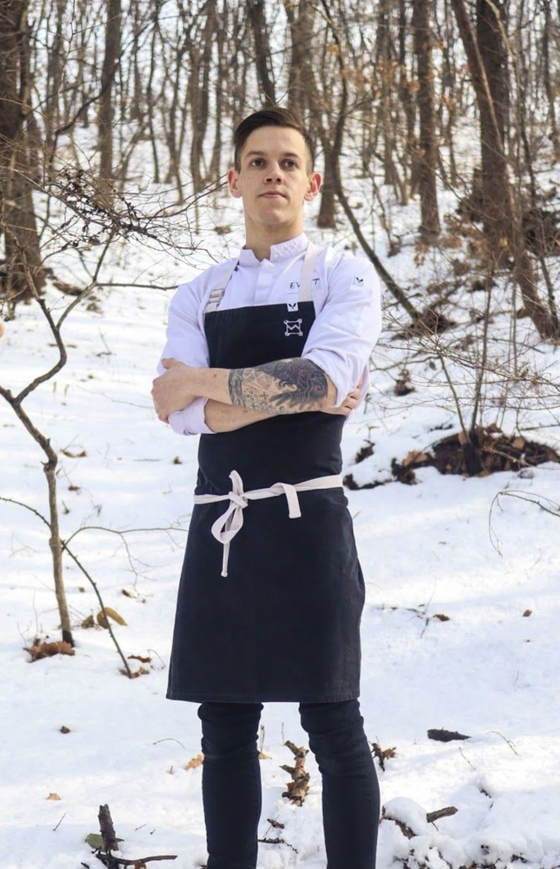 The event aims to encourage more people to think about their own mental health as well as the mental health of their loved ones, especially during the current challenging times. It aims to shed light on issues that people find difficult to talk about through culinary works.

“Over the past few years, I started thinking about perfecting my craft but also what I can do to create a more sustainable working environment, especially in the hospitality industry,” said Garwood.

“This year, I will be presenting projects to improve the causes that need attention and action, such as mental illness, suicide prevention and sustainability.”

The chef, also from Australia, will offer about 14 dishes paired with a variety of drinks, both alcoholic and non-alcoholic. Each dish will carry a story based on mental health that he wants to share. Tickets for the event are priced at 190,000 won ($170), a portion of which will be donated to LifeLine Korea. There will be two dinners, one on Feb. 22 and one on 23. The latest reservations will be 6:30 p.m. and the dinners are expected to last until 9 p.m.

Chef Garwood, who’s been working at Evett for the past two years, previously worked on the charity event “Food for Thought” in Dublin, Ireland, and donated the proceeds to Ireland's 3Ts and Australia's Beyond Blue, both of which are suicide prevention organizations.

Before joining the team at Evett, Garwood worked at top Australian restaurants including Sixpenny and Firedoor in Sydney, as well as Michelin-starred Kadeau in Denmark’s Copenhagen.

Go to www.danielgarwood.com/projects for more information about the dinner and the chef. Tickets can be purchased via the website.