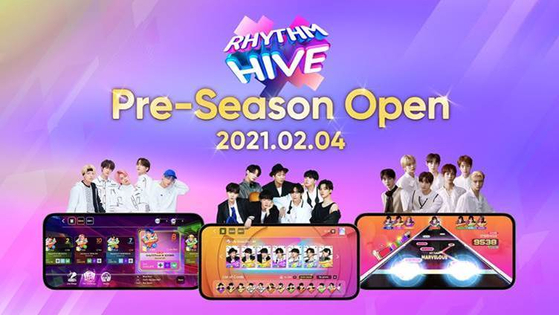 The game, created by developer Superb, will feature the bands’ hit songs including recent releases “Life Goes On” (2020) by BTS, “Blue Hour” (2020) by Tomorrow X Together and “Given-Taken” (2020) by Enhypen.

During a song, the game will display a “performance card” which shows the members who recorded the selected track. The cards will be available in special themes and various designs based on each album.

Players around the world can enjoy the game in either single-player or multiplayer mode and will be able to listen to each members' part of a song, available in short and full versions.

To celebrate the launch, Superb will give out special rewards based on highest scores and times played. Players who log into the game during the special event period will receive a “performance card” pack.

The app will be internationally available for free on Google Play and Apple’s App Store.

Superb is an affiliate of boy band BTS’ agency Big Hit Entertainment and has launched mobile games such as the classical music game “Pianista” in 2016 and rhythm game “Yumi’s Cells with Naver Webtoon” based on the Naver webtoon series of the same title in 2018.