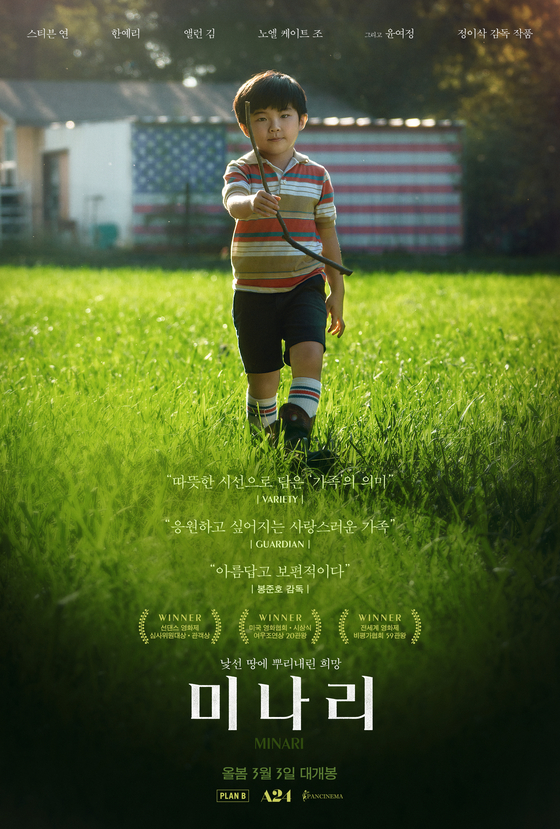 
“Minari,” a film about a Korean immigrant family’s search for the American dream, was nominated for the Golden Globe Award for best foreign-language film on Wednesday.


According to the Hollywood Foreign Press Association (HFPA), Korean-American director Lee Isaac Chung’s semi-autobiographical film will compete against “La Llorona” from Guatemala, “Another Round” from Denmark, “The Life Ahead” from Italy and “Two of Us” from the United States at the 78th Golden Globe Awards ceremony on Feb. 28. 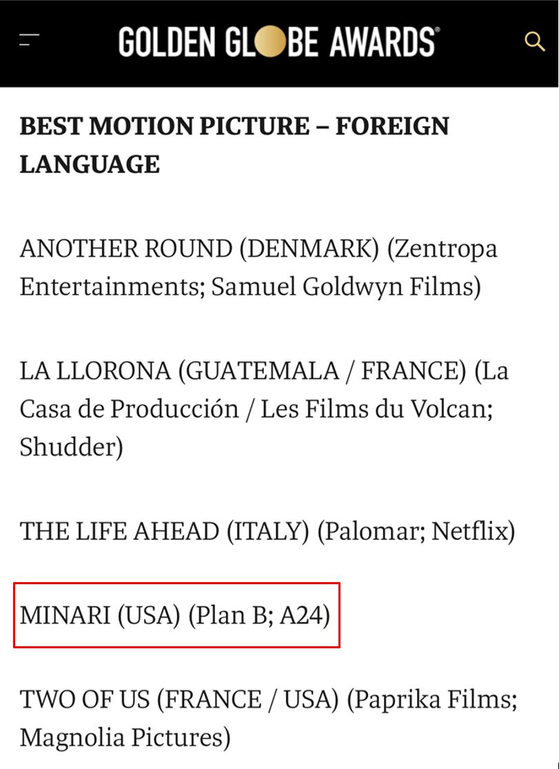 
The film failed to nab any other nominations. Yoon Yuh-jung was expected to be nominated for Best Supporting Actress after receiving accolades for her performance.

The New York Times commented, saying, “The cast of ‘Minari’ was eligible for acting nominations but received none.”

“Minari,” featuring both Korean and Korean-American actors such as Steven Yeun, Han Ye-ri and Youn Yuh-jung, premiered at the 36th Sundance International Film Festival last year and has been sweeping up awards — a total of 59 wins and 110 nominations so far.

The HFPA made headlines when it announced that the film would be ineligible for best drama or best musical/comedy. HFPA rules state that the dialogue in a film must be 50 percent in English to compete in those categories. As 70 percent of the dialogue in “Minari” is in Korean, the film was classified as a foreign-language film although it was directed and distributed in the United States.

“Minari” is scheduled to premiere in local theaters on March 3.