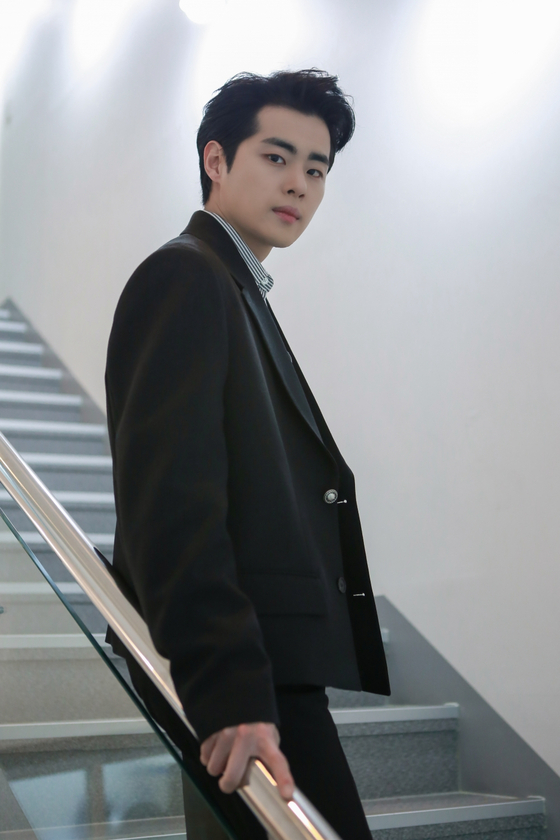 
Twenty-five-year-old actor Jo Byung-gyu’s recent track record is quite remarkable. He took on his first lead role portraying So Mun, a "counter" who is part of an evil spirit-hunting team in the OCN series “The Uncanny Counter” from November 2020 to January 2021, and then followed up with the film “There is an Alien Here” released on Wednesday, in which he plays Do Geon-tae, a man who joins an alien research society that has taken refuge in an underground bunker to escape an invasion. “There is an Alien Here,” filmed over the span of three days with a budget of just 30 million won ($26,920), was selected as the best feature film by streaming platform Watcha at the Bucheon International Fantastic Film Festival in July last year.


“The movie fulfilled my drive to try something new,” Jo said during a recent video interview with the JoongAng Ilbo, an affiliate of the Korea JoongAng Daily. It marked his second time working with director Choi Eun-jong, after the 2018 web series “Dokgo Rewind.”

“As an actor, ‘Sky Castle’ [2018-19] was the most significant for me since it made my name known and led me to opportunities like ‘Hot Stove League’ [2019-2020] and ‘The Uncanny Counter.’ Personally, ‘Dokgo Rewind’ meant a lot to me. I was able to build a filmography with director Choi and since then, [the movie] broke even and even made it to theatrical release, so I’m very proud.” 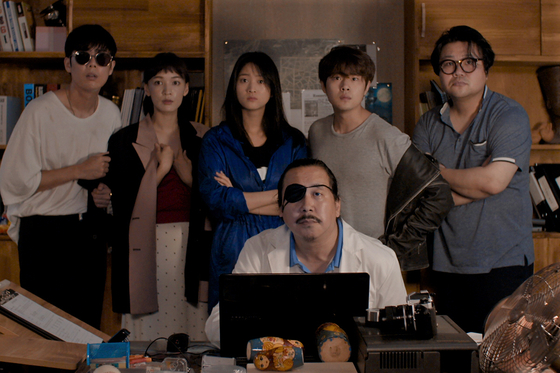 A scene from the movie “There is an Alien Here.” [STORM PICTURES KOREA] 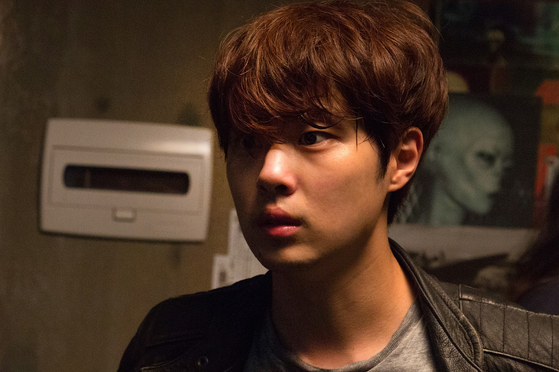 
Jo is known as a prolific actor, debuting in the TV series “Who Are You: School 2015” and diligently starring in approximately 80 projects over the past six years. His filmography is packed with various endeavors, including numerous plays and musicals, not to mention web series and independent films. He credits this diversity to a combination of his anxiety telling him “What if I stop getting offers” and the delight of shooting a good scene.

“Sometimes I’m physically or mentally exhausted, but I’ve never experienced a hobby that’s more enjoyable than acting,” Jo said. “Even when I’m taking a break, I talk about work when I meet my friends.” He welcomes any offer “if the character best fits the present Jo, shows a different side from past works or the message is agreeable,” he added.

“I immensely enjoyed the webtoon that ‘The Uncanny Counter’ was based on, before the series was even planned,” said Jo. “Counters in the show have superpowers but are very relatable, and they battle evil spirits which is satisfying to watch. I think viewers were attracted to that satisfying aspect of the show during these frustrating, difficult times. There is an original work [that the series is based on], so I tried to become one with the webtoon character by emulating the faces the character makes and walking around with a walking stick to observe how people look at me,” he said.

The original webtoons’ cartoonist Jang Yi said early on that Jo was his top pick for the role. 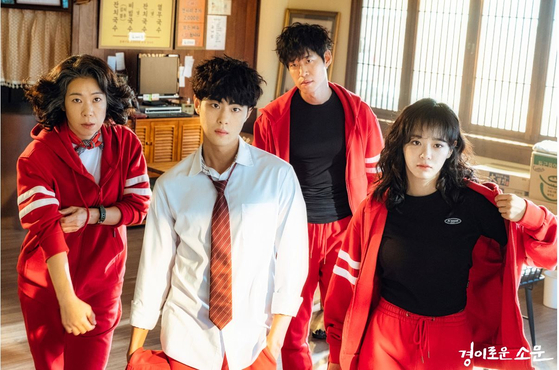 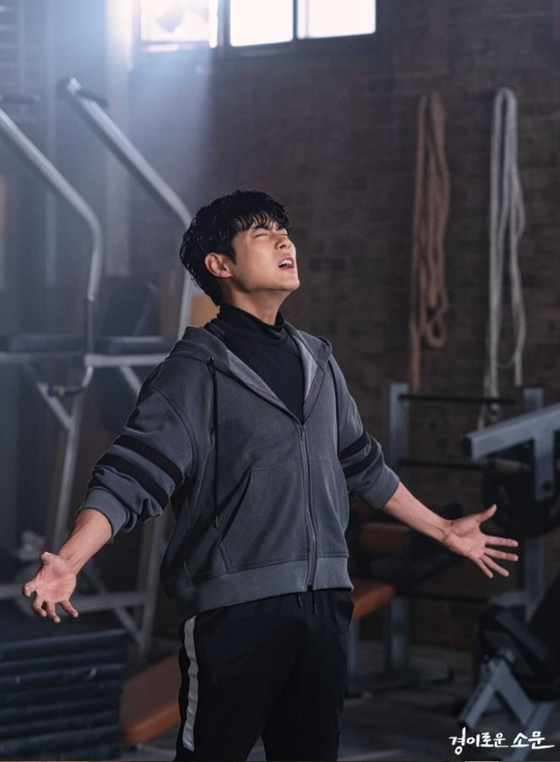 Jo Byung-gyu plays the role of So Mun and shows off various superpowers. [OCN]


Jo was humble about his run of success, calling it “the result of luck."

“Nothing is possible with my work alone. It’s made together by everyone,” he realized after taking on his first lead role and taking some pressure off himself. “The actors who played counters and those who played evil spirits showed great teamwork,” Jo said. “Since my acting days as a student, I looked up several performances by Yoo Jun-sang [who co-starred with Jo in ‘The Uncanny Counter’] and he was the pillar of the project on set. Although I worked with actor Yeom Hye-ran [who portrayed Choo Mae-ok in the series] on five to six other projects, it was disappointing to never have had the chance to appear in the same scene. We were able to work together all we wanted during this project. Actor Kim Se-jeong [who played Do Ha-na in the show] is the same age as me and I think her talent and energy are at their peak,” he said.

Jo took inspiration from Yoo, who reduced his own body fat percentage to 3 percent, and dropped 13 kilograms (29 pounds) after starting to work out.

“His suggestion made sense considering So Mun’s sickly character in the early stage of the show,” Jo said. “Action scenes were always a challenge, but I pushed myself because I hate myself when I have limits. I want to show viewers a better me in season two,” Jo said.

To Yoo’s compliment on his improvised lines, Jo gave credit back to his co-star. “I try not to improvise, but I simply had to react to his accurate actions.” After it was revealed that Jo recommended that Lee Hong-nae be cast as Ji Chung-sin, a man possessed by an evil spirit, and Kim Eun-soo as So Mun’s best friend Kim Woong-min, Jo’s “sharp eye” became a hot topic. 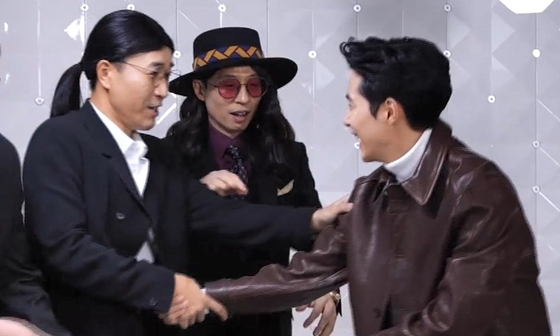 Comedians Kim Jong-min and Yoo Jae-suk argue over whose team Jo Byung-gyu will be on during the TV show “Hangout with Yoo.” [MBC]


The fact that popular TV personality Yoo Jae-suk described Jo as a "promising entertainment rookie” is adding to expectations about what the young actor has in store for the future.

“Looking back on the past six years, I don’t think I was able to grow as an actor with positivity,” he said. “Self-consciousness, jealousy, failure and a sense of inferiority were my motivations that got me heated. But now I’m slowly passing through that phase, and I will work hard until the end because I’ve already chosen this path.”