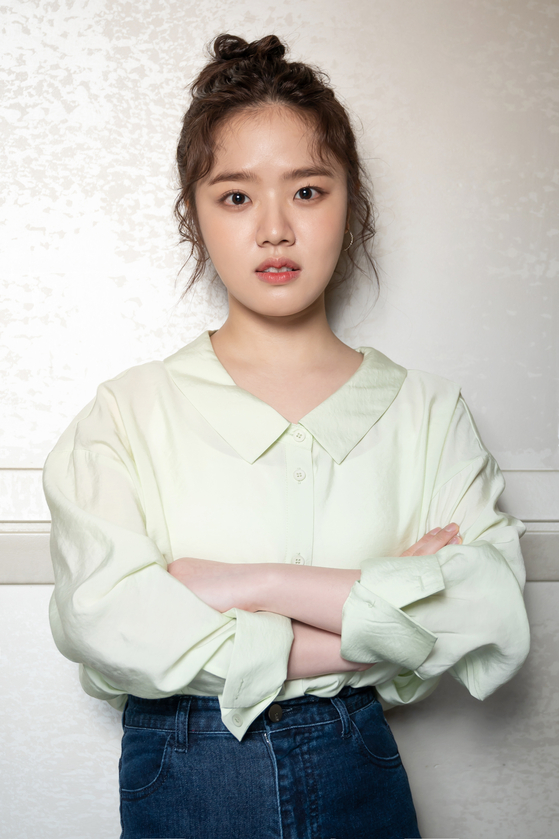 In “Innocent Witness” (2019) Kim portrays an autistic high school student who speaks out about what she saw on the night of a murder case. In “Youngju” (2018) she is a girl who loses her parents in a car crash and has to look after her younger sister by herself. In the “Along with the Two Gods” (2017, 2018) series she portrays a young Grim Reaper that’s torn by the idea of collecting the dead and separating them from their loved ones. In “Snowy Road” (2017) she shows the tale of the "comfort women" victims from the era of Japanese colonization (1910-1945).

In the upcoming film “I,” Kim plays Ah-young, an orphan who is struggling to make ends meet by herself while trying to graduate from college. Trying to find a part-time job, she eventually lands one as a babysitter for Young-chae, a single mother struggling to raise her baby, Hyuk, alone. Ah-young experiences what Young-chae goes through as she tries to balance her work and taking care of Hyuk, and ends up being more involved in the family than just a mere babysitter.

In an online interview Thursday, Kim revealed that, although under very different circumstances, she found more similarities with her character than disparities.

“When I first read the script, the words just flowed naturally,” Kim said. “When I tried to think why that was, I realized that while reading I never questioned Ah-young’s choices or actions. And when I thought about why that was, I found that we were really similar in the way in which we are really honest, or how we express ourselves and our train of thought. That’s why I decided to feature in this film.

"If there’s a difference, I think it may be our instinct for survival,” she added. “Since Ah-young actually experiences hardships that are directly linked to her livelihood, it’s natural that she puts up fences to defend herself. But that’s basically it.”

The actor singles out her moments with the baby as scenes that show Ah-young as she is. 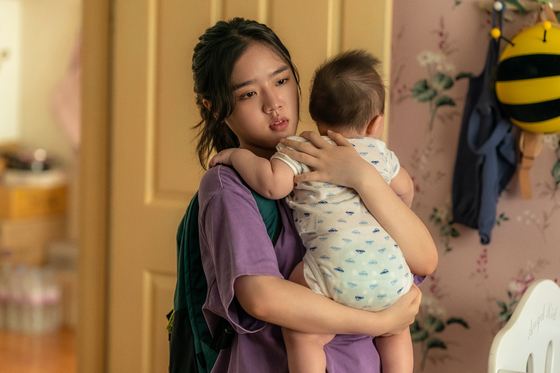 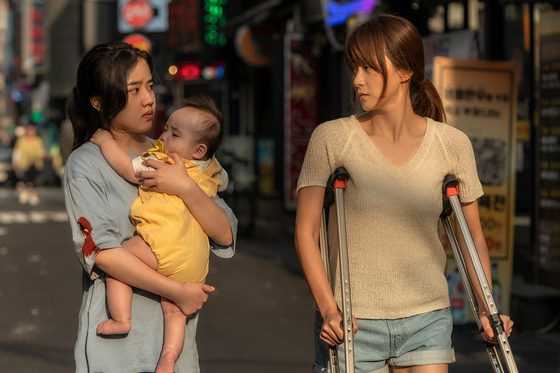 
“Ah-young looks so happy when she’s looking after Hyuk,” she said. “That’s when I feel that Ah-young [lets her guard down] and can just be herself.”

Although there are moments when Ah-young is relaxed, like when she’s with children or hanging out with her friends from the orphanage, most of the time she looks sullen and withdrawn. But she does speak out when she wants or needs to, which is why the moments when she does are more convincingly powerful and touching, especially when she reaches out a helping hand to Young-chae and Hyuk.

“The most memorable scene for me [after watching the film] was at the end when Ah-young says that she’ll [continue to] help Young-chae,” Kim said. “Originally, I was supposed to hug her when I was consoling her, but when we were practicing the scene on the set, I just couldn’t hug her. I mean, I think Ah-young would want to hug her, but I don’t think she possibly could have.” 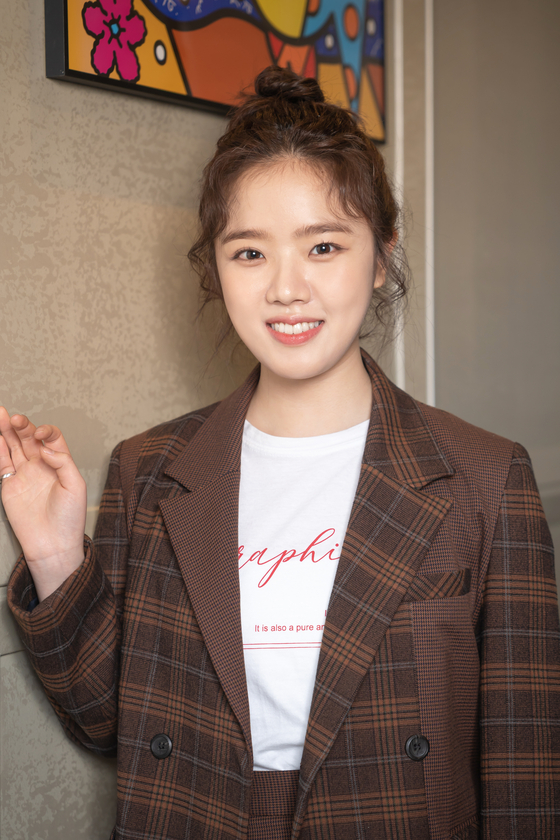 
The scene was changed to Ah-young patting Young-chae on the back, and the actor contends that the scene felt more natural that way, without diffusing Ah-young’s sincerity.

The 20-year-old actor, although she just legally became an adult, has worked on more films than most veteran actors in their 30s and 40s, as she debuted as an actor at the age of six through the film “Heart Is” (2006). For her, acting seems to come as natural as breathing, and bonding with her character Ah-young was no exception. 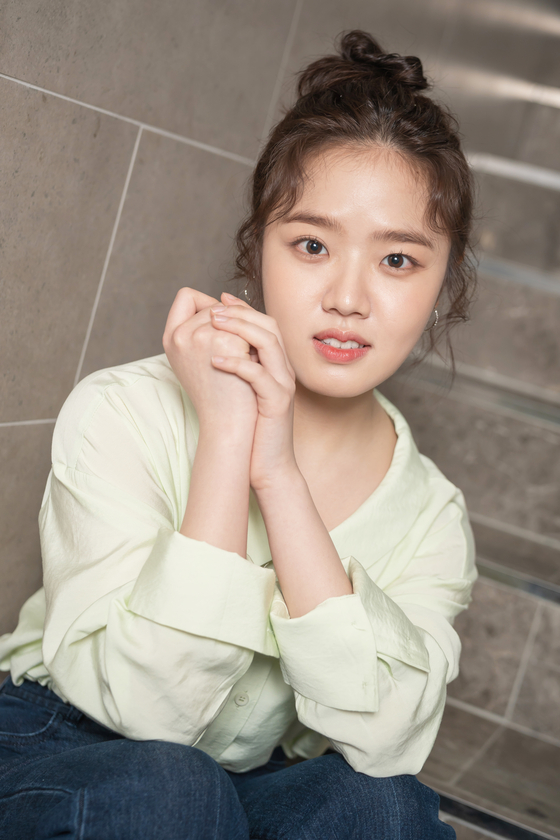 
“I think, when I depict other characters as well, I sort of become the character as I read the scripts or when I talk with directors about how they want to portray the character in films,” she said.

“When I’ve processed enough, there are more and more moments when I perceive things through my characters’ eyes. When I act, I always try to carry the mindset that whatever role I play, I could become anyone. Because it’s not a one-way interaction. I become the character, but that character is also becoming me. That process of merging has always worked for me.”

Although Kim debuted as an actor from an age when she was too young to decide for herself, the actor said that she cannot think of anything else she would have done. 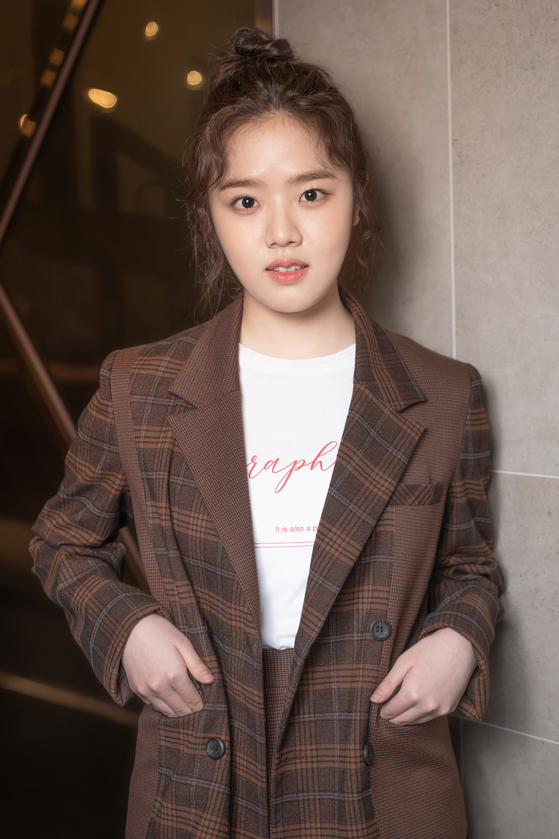 
“The first time I realized that I really love acting was in fifth grade,” Kim reminisced. “After filming ‘A Werewolf Boy’ and ‘The Grand Heist’ (2012), there was about a year when I didn’t act. And during that time, I was happy and having fun in school with my friends — there was nothing wrong with my life, but strangely enough I was so bored and I couldn’t wait to go back to the film sets. That’s when I realized I really loved acting, and that epiphany became the biggest stimulus for me to continue acting — to act in roles that I want to, and try harder to become better at my job.”