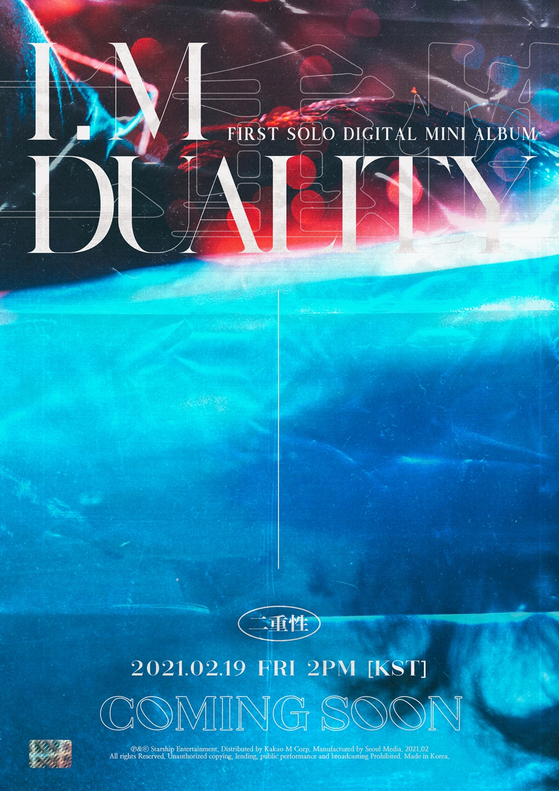 
I.M of boy group Monsta X will release his first solo album on Feb. 19, according to his agency Starship Entertainment.

To signal the new release, the agency posted an image for the upcoming mini album “Duality” on Sunday through its official social media account.

The blue-and-red teaser image revealed that the album will drop at 2 p.m.

I.M wrote the raps for Monsta X tracks including “Champagne,” “UR,” “Zone” and “Night View.”

Many fans are anticipating what aspects of himself the singer will unveil through his first solo music.