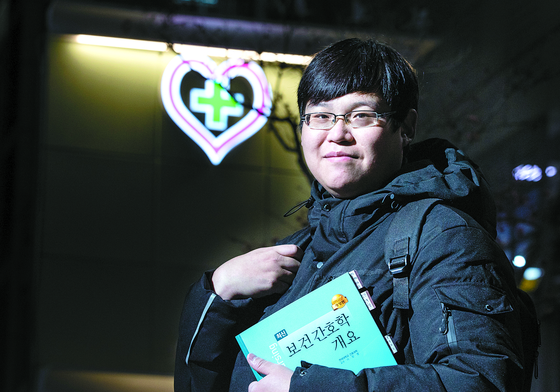 
A total of 4,139 recovered Covid-19 patients donated plasma for treatments, Kwon Joon-wook, the second deputy head of the Central Quarantine Countermeasures Headquarters, said in a regular briefing on Jan. 7.

A Covid-19 plasma treatment being developed by the Green Cross is in full swing with its Phase 2 clinical trials. The treatment was administered to 64 patients at 13 medical institutions. Plasma treatments are made by separating the plasma, which contains antibodies, from the blood of a fully recovered patient.

Cho Kyung-rae, a 32-year-old who completely recovered from Covid-19, is one such donor. As of his interview on Dec. 24, Cho had donated his plasma nine times, making him the biggest donor. He said, "I think it's a citizen's duty to participate in plasma donation if it helps the people."

At first, Cho's symptoms were just a mild cough and some phlegm. He thought he caught a cold overnight and went to work at his part-time job. But when he woke up the next day, his symptoms had significantly worsened.

Cho was confirmed positive on Feb. 18 last year at a public health clinic's testing site. "I was embarrassed, but I tried to be optimistic because I had overcome the swine flu in the past."

Cho was admitted to Dongsan Hospital in Daegu and was discharged after being completely cured in March.

After hearing that plasma donors were needed to make Covid-19 treatments, he immediately called the hospital in early July last year. "I made a reservation because I thought I should participate since many medical personnel took care of me," Cho said. "I have been donating every two weeks since then, and I will continue until the treatment is developed."

Cho's daily life changed significantly after Covid-19. He avoids crowded places as much as possible. He uses industrial gas masks when he must take public transportation. His headaches and dizziness have also recurred.

Cho's original dream was to be an architect. After going through Covid-19, that changed to becoming a nursing assistant. "I talked a lot with the nurse I got close to in the hospital," he said.

"I was moved by their mindset of duty and spirit of sacrifice. I was looking for a way to help, at least a little bit, and I enrolled in a nursing assistant academy."

Cho originally hesitated to talk to any reporters. He is a Shincheonji believer, and said, "As a believer in Shincheonji, and as an individual, I am deeply sorry for causing great concern to Daegu citizens. If it helps us overcome Covid-19, I will continue to participate in plasma donation."