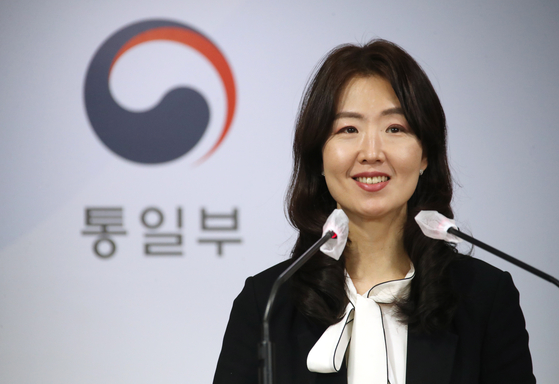 Lee Jong-joo, the first female spokesman of the Unification Ministry, speaks during a press conference at the government complex in central Seoul Monday. Lee was inaugurated the previous day as the very first woman spokesman of the ministry dealing with inter-Korean affairs since its foundation in 1969. [YONHAP]