New justice minister acts a lot like the old one

New justice minister acts a lot like the old one


In his first prosecutorial shuffle, Justice Minister Park Beom-gye spared a key ally of the administration — and disregarded an appeal by Prosecutor General Yoon Seok-youl.

Spared from the cut was Lee Seong-yun, head of the Seoul Central District Prosecutors’ Office, whose soft-pedaling of investigations involving top Blue House figures has lost him the support of rank-and-file members of the state prosecution service.

Amid mounting criticism that Lee continues to avoid criminal probes of the Blue House, Yoon asked newly appointed Justice Minister Park during a personal exchange on Friday that Lee be removed.

Those requests, however, were ignored in Park’s first shuffle announced Sunday. Other than the appointment of Chuncheon Prosecutors’ Office Chief Cho Jong-tae as head of the prosecution’s planning and coordination office, the only other personnel change was the trading of positions between Shim Jae-cheol, head of the Internal Inspection Bureau of the Ministry of Justice, and Lee Jeong-su, head of the Seoul Nambu Prosecutors’ Office.

The appointments — or lack thereof — ignited fresh controversy about the new minister’s snub of the prosecutor general, suggesting his attitude toward the state prosecution service would not be much different from his combative predecessor’s.

Lee and Shim are both considered to be Choo’s lieutenants appointed by her to counteract Yoon’s control of the state prosecution service — and his attempts to target the Moon Jae-in administration through high-level investigations. 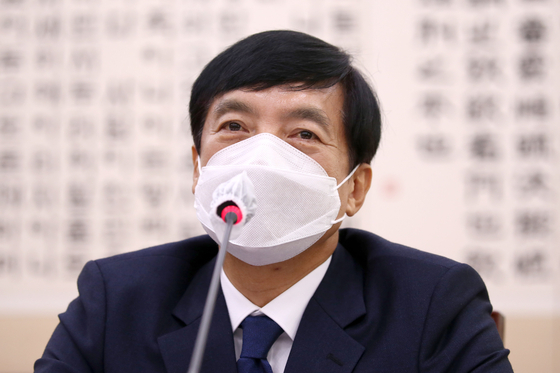 
Lee in particular led the charge against Yoon’s ally in the prosecution, Han Dong-hoon, who was accused last year of colluding with a reporter to frame an administration ally, though no criminal charges resulted against Han.

Such actions, with the backdrop of a larger push to weaken Yoon, generated heavy internal dissent in the prosecution. In December, prosecutors in the Seoul Central District Prosecutors’ Office effectively called for Lee’s resignation, while last month allegations surfaced that Lee had been involved in an unlawful attempt to stop a former scandal-ridden vice justice minister from leaving the country.

Park’s decision is believed to be rooted in the ruling Democratic Party’s continued desire to diminish the power of the state prosecution service, which has long been accused of meddling in politics through its investigations of top political figures in successive administrations.

In a radio interview on Thursday, DP Rep. Kim Jong-min stressed pushing Lee out could derail prosecutorial reform, saying a figure “with a principled position” toward the prosecution’s tendencies to defend its interests needed to be kept in place.

Park himself on Monday told reporters he did his best to consider Yoon’s recommendations, and that accusations that he snubbed the top prosecutor were “incorrect.”

Shim was replaced as the ministry’s prosecutorial overseer, Daejeon’s top prosecutor was kept in place and the prosecution’s new planning and coordination chief was appointed from Yoon’s recommendations, just as the top prosecutor asked, Park said.

“It depends on how you see it, but I wish you would ask [how the personnel decisions were made] from my perspective, rather than just the prosecutor general’s,” the minister said.

Park’s decision left a bitter taste within the prosecution service.

That Lee and other top Choo allies were kept on in spite of Yoon’s requests suggested the administration wants the top prosecutor to “remain quiet as a lame duck and leave quietly when his term ends” in July, said one prosecutor.