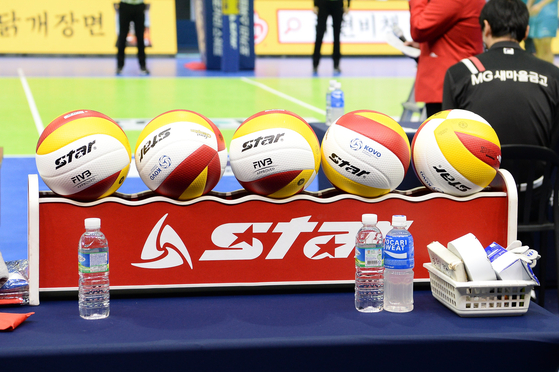 
An unnamed female volleyball player was rushed to the hospital on Sunday night, reportedly after being found unconscious by a teammate.

Neither the name of the player nor the team that they play for has been officially confirmed, although the player was reportedly found at a team dormitory in Yongin, Gyeonggi at around midnight. The Incheon Heungkuk Life Pink Spiders have a training facility in Yongin.

News of the incident initially broke when a teammate called the police, after finding the unnamed player unconscious.

An unnamed official from the team admitted that a player had been sent to the hospital, but denied accusations that she had attempted suicide.

“The player was rushed to the emergency room due to a stomachache," the team official was quoted as saying by the JoongAng Ilbo. "She is recovering now.”

The official added that the player was “under great mental pressure,” and urged people to refrain from blowing it out of proportion.

Unconfirmed later reports say that the team is now denying that the player was suffering from stomach pain.