Seegene to be fined for cooking its books

Seegene to be fined for cooking its books 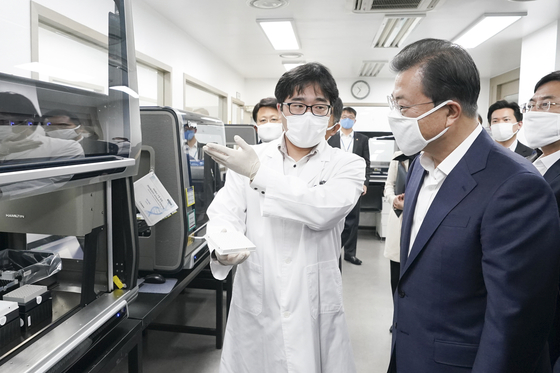 Seegene, a biotech company that hit big with a Covid-19 test kit last year, is embroiled in an accounting scandal.

Late on Monday, the Financial Services Commission (FSC) said that the Securities and Futures Commission (SFC) will be fining the company for falsifying performance records.

The SFC concluded that Seegene inflated sales between 2011 and 2019, including recording products that had been delivered but not actually purchased. It said that the company’s value was inflated by as much as 14 billion won ($12.5 million).

The company was also found to have misclassified convertible bonds as short-term liabilities instead of long-term and inflated development expenses. In its filings, the company labeled spending on test drugs as intangible assets despite failing to meet the condition to be recognized as such.

While this is a common practice in the biopharmaceutical industry, the SFC concluded it was inappropriate.

The financial authority has yet to determine the amount of the fine.

It has ordered the company to be audited by the SFC for the next three years. The regulator also recommended the removal and six-month suspension of the executive in charge of accounting and improving the company’s governance.

Seegene said it simply made mistakes due to the lack of resources and expertise. Seegene also claimed it already took corrective measures and had a clean 2020 filing.

Seegene noted that since last year it has been taking steps to “fundamentally” improve its accounting department, including creating a compliance and risk management department and adopting a global enterprise resource planning system.

Growth has been driven by a single-tube Covid-19 diagnostic kit.

According to the company, it made a trillion won in revenue last year, which surged 720 percent from 2019’s 122 billion won.

In addition to Seegene, three other companies were penalized for manipulating their books, including KS Bio.