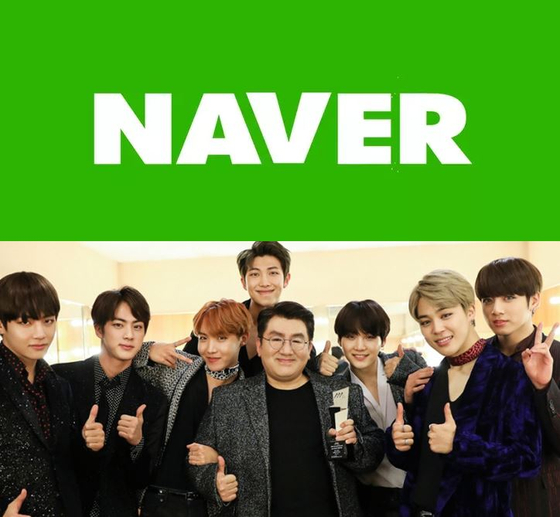 
A month into the new year, star players in the entertainment field have signaled a significant shift in the local gaming and K-pop scene with new business projects and collaborations focused on online platforms.

Big Hit Entertainment’s fan community platform Weverse and NCSoft’s recently launched Universe platform are aiming to lead the way in shaping new consumption patterns in a post-Covid-19 entertainment industry and facing off in a battle to win over K-pop consumers in the online world.

K-pop platforms have recently proven to be more than just a space for fans to interact with artists or connect with fandoms. Weverse has the ability to directly sell merchandise and content while offering fans paid subscription services that allow them to connect to their favorite stars. Naver V Live has been pioneering the way in video-format content, especially online concerts that have become essential during the Covid-19 pandemic. 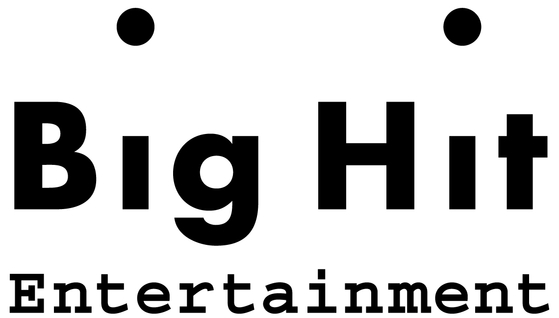 Big Hit Entertainment announced that it is undertaking a stock swap with Naver that will join the two companies as partners in a new venture that will own and run Naver’s V Live and rename it Weverse Company. Weverse Company is the new name of Big Hit’s subsidiary beNX, which developed Weverse in 2019 as a mobile app that provided an online community for fans of K-pop bands signed to Big Hit Entertainment — initially Tomorrow X Together, BTS and GFriend — and later expanded to bands of the agency’s affiliates and even those not directly related to Big Hit Entertainment.

The agency also said that it will invest 30 billion won ($27 million) into YG Plus, a YG Entertainment subsidiary, while beNX will invest 40 billion won. That deal will leave Big Hit Entertainment with a 7.68 percent stake of YG Plus and beNX with 10.24 percent. Big Hit will distribute its musicians’ music and merchandise through YG Plus and in return, YG’s lineup of artists will soon join Weverse.

According to local analysts, the trilateral deal is beneficial to all parties involved. Korea Investment & Securities dubbed the transaction “a positive judgment call” while Samsung Securities called it “a mega deal” that will solidify Weverse’s footing.

“Naver owned an online performance platform called ‘V Live,’ but lacked the artist content and sustainable [supply of] IP [intellectual property] to compete with Big Hit Entertainment,” read a report on the deal by eBEST Investment & Securities issued on Jan. 28. “It has thus secured global artist content including BTS and chose to establish a cooperative relationship with its competitor Big Hit Entertainment, which has formed the only fan platform business in and outside of Korea, in a tactic to together claim a first-tier position in the entertainment platform business in the future.” 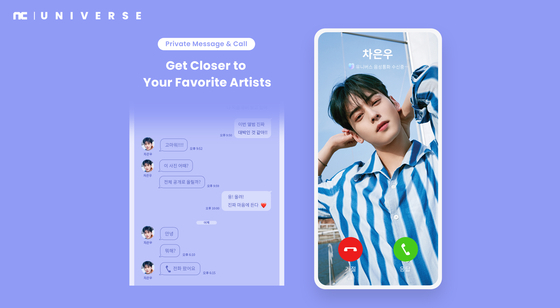 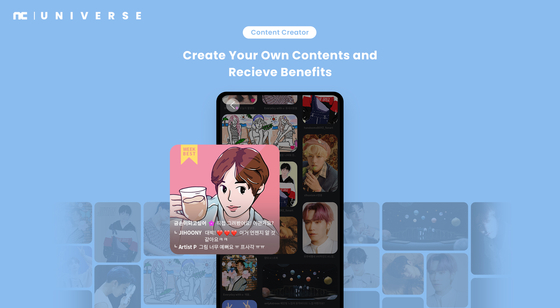 
But it is not without competition. A day after Big Hit’s big announcement, NCSoft’s entertainment subsidiary Klap officially launched Universe in 134 countries around the world, promising to provide an “all-in-one” K-pop entertainment platform where fans can communicate and get closer to their favorite artists more than ever before. The game giant used all the tech skills it has mastered through its games to add fun to the user experience, such as mimicking artists’ voices using artificial intelligence (AI) and creating avatar versions of popular stars that fans can dress up. It saw over 4 million preorders on the app store and has surpassed 100,000 downloads on the Google Play Store.

Since the essence of a fan community platform lies in connecting fans with artists, the number of potential users can roughly translate to the number of fans for each K-pop act. Weverse has the upper hand of servicing BTS and the prospect of Blackpink soon — the two biggest groups in K-pop at the moment — as well as other major bands. But Universe has the backing of entertainment guru CJ ENM, which signed a contract to establish a joint venture to develop a digital entertainment platform earlier in January.

“One of the biggest issues in the entertainment industry in 2021 will be who will take the lead in the fan community platform market,” read a report from Samsung Securities published on Jan. 28. “With the Big Hit-YG-Naver mega deal, it has come down to Big Hit and Naver’s Weverse versus NC and CJ ENM’s Universe. Taking into account the competitiveness of its artists and management know-how, Weverse is expected to get the upper hand.”

Both services have a lot of room for improvement. The Seoul Metropolitan Government has launched an investigation into the Weverse Shop after receiving a total of 137 complaints from May last year to Jan. 25 mostly due to faulty products, refusal of refunds and delayed delivery. The Seoul government said it will take firm measures against any illegal acts.

Universe has faced criticism that the app has too many bugs and has failed to appeal to K-pop fans, as its AI voices sound far from natural and having to pay for items for the avatars feels too demanding. Some have also pointed out that avatars for female stars have been overly sexualized in comparison to their male counterparts. NCSoft says that it will “heed the opinions of fans and correct things accordingly.”

NCSoft has a lot of catching up to do mostly due to the fact that it is a gaming company, says Wi Jong-hyun, an economics professor at Chung-Ang University and the president of the Korea Academic Society of Games.

“NCSoft has failed to see that game users and K-pop consumers are different in nature,” said Wi. “In the film industry, movies have to be screened at a theater otherwise they are done. In the same way, having an entertainment platform will mean that all the agencies in K-pop will become subordinates to a platform, if one prevails. Mobile games in Korea are bound to Google and Apple and they have to pay 30 percent of their revenue as the cost of using the platforms. But companies are willing to pay a third of their revenue to attract consumers from overseas. It will be the same for entertainment platforms.” 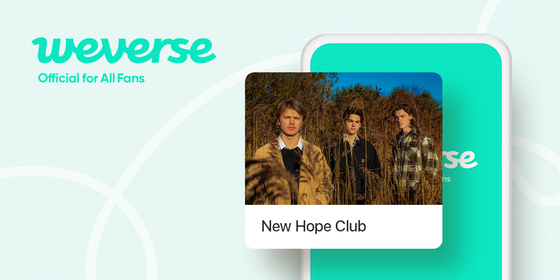 
The Naver-Big Hit deal signifies something even bigger, according to music critic Cha Woo-jin. Not only does this solidify the shift in the hegemony in the pop music world from telecom business operators, such as SK and KT that have been running popular music charts Melon and Genie Music, to IT companies that will now cater to their own customers, but the alliance also means that Korean companies are no longer just fighting over Korean consumers — their sights are set on potential users around the globe. This can be seen with the recent signing of British pop trio New Hope Club to Weverse.

"Running a platform is more about gathering data from both the consumers and suppliers that the platform services," said Cha. "The data provides insight into what fans like and how they react to something, which enables suppliers to act accordingly. Big Hit Entertainment has the content but needs the technology, and Naver has the technology but wants a steady supply of content. For the two companies, it's not just about dividing the limited pie within Korea. It will be about targeting the global audience and that will set new standards for all entertainment companies to come. We might be witnessing a pivotal moment in Korean music history."