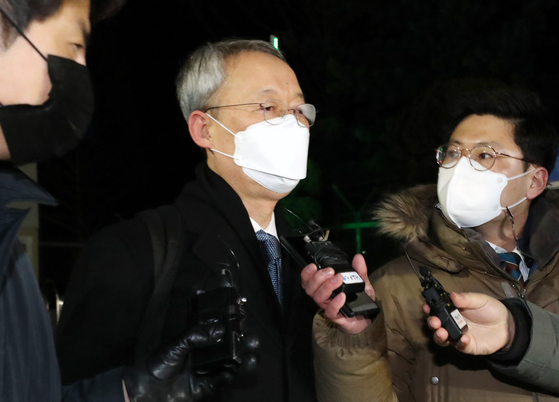 The request was made for an investigation into a suspicion that the former minister abused his power to prematurely shut down the country's second-oldest nuclear reactor, possibly to accommodate President Moon Jae-in's nuclear phaseout policy.

Judge Oh Se-yong of the Daejeon District Court on Tuesday turned down the district prosecutors' request to detain former Minister of Trade, Industry and Energy Paik on charges of power abuse and obstructing business of the state-run Korea Hydro and Nuclear Power (KHNP).

The Daejeon District Prosecutors' Office has been investigating whether the government broke the law when it decided to shut down the Wolsong-1 nuclear reactor in Gyeongju, North Gyeongsang, in 2018.

The Board of Audit and Inspection (BAI) announced last October that the KHNP decided to shut down the reactor earlier than scheduled due to a faulty assessment that deliberately underestimated the economic advantage of keeping it going.

Suspicions were raised that Paik, who served as the energy minister from July 2017 to September 2018, abused his power to force public servants to prematurely shut down the reactor. He is also suspected of having ordered ministry workers to delete 530 government files in order to obstruct the BAI's audit.

"Other key suspects are already detained, and testimonies of witnesses have been secured, so it is hard to say that there is a risk for evidence destruction," Judge Oh said.

Oh said the prosecution failed to convince the court to issue the warrant by providing sufficient proof of Paik's charges.

"The suspect should be guaranteed the right to defend himself without physical detention," Oh said.

The prosecutors suspect that Paik had already decided to shut down the Wolsong-1 nuclear reactor before any economic assessment. The Ministry and Chung Jae-hoon, president of KHNP, had signed an agreement that the reactor be shut down early, the prosecution said.

The former minister has denied all accusations against him. Before entering the courtroom for the hearing, Paik said shutting down the reactor was decided for the public safety. "I followed all legal procedures when I was working as the minister," he said.

Paik also denied that he had anything to do with three ministry workers who were indicted on charges of deleting of 530 government records related to the Wolsong-1 reactor shutdown. The three public servants' trial begins on March 9.

"We wanted to detain Paik because of the gravity of his charges and the concern of evidence destruction," a prosecutor said, stressing that the court's rejection of the warrant will not discourage the probe.

The prosecutor said they will summon Korea Gas Corp. President Chae Hee-bong, who was the presidential secretary for industrial policy in 2018, for his suspected involvement. 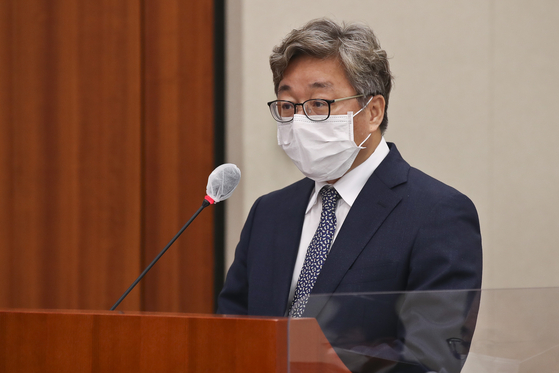 In this file photo, Chae Hee-bong, president of Korea Gas Corporation and former presidential secretary for industrial policy during 2018, speaks during the National Assembly audit on the state-run energy company on Oct. 20, 2020. [YONHAP]


Chae is also accused of having played a key role in pressuring KHNP to shut down the Wolsong-1 nuclear reactor early, which he has denied.