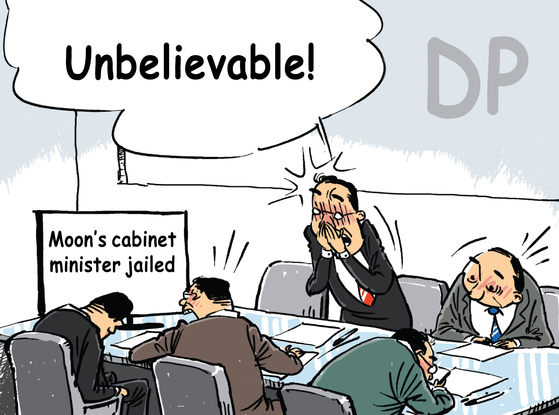 The ruling Democratic Party (DP) is shocked after the Seoul Central District Court on Tuesday convicted former Environment Minister Kim Eun-kyung and Shin Mi-sook, President Moon Jae-in’s former presidential secretary for balanced personnel affairs, of abuse of power for purging state-run company executives and replacing them with loyalists of President Moon Jae-in. It was the first time a member of the Moon administration was jailed for abuse of power. [KIM HOE-RYONG]