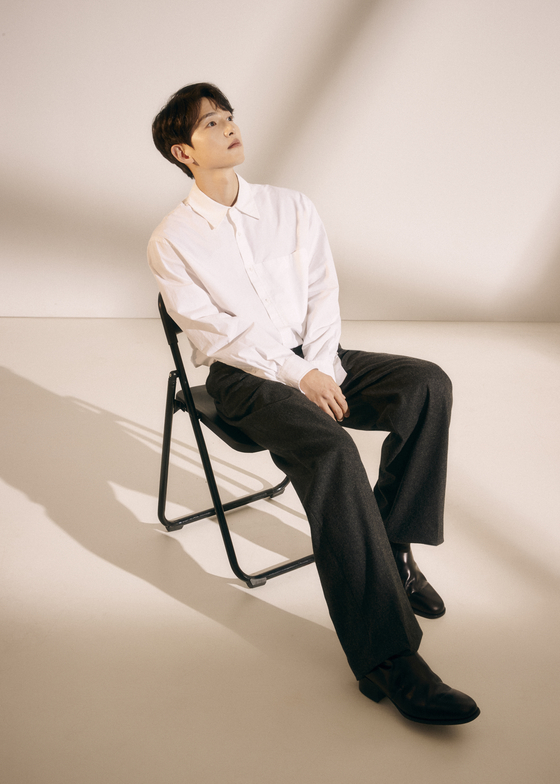 
“I don’t really know where the data that ‘Space Sweepers’ ranked first on Netflix charts comes from, but I’m [still] sort of in a daze that it’s really our film that people are talking about. Last night I talked with director Jo Sung-hee and we both wondered if it was really our film.”

Actor Song Joong-ki, who portrays Tae-ho the space pilot of the space debris collector ship “The Victory” in the Netflix film “Space Sweepers,” hasn't yet grasped the success of his latest film. Although it’s garnering a variety of reviews, the overall local consensus is that it exceeded expectations for the Korean film industry’s first attempt at a space sci-fi film. In numerical data from global market researching company Flixpatrol, the film topped the chart of the most popular Netflix films in 29 countries including Korea since its worldwide release on Feb. 5.

“I guess I really felt the reality of the film’s popularity when my friends and film insiders overseas messaged me and sent pictures of people watching the film,” the actor said in an online interview with the press on Tuesday. 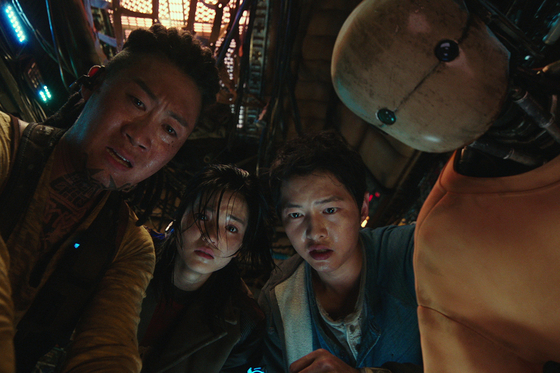 
Even before the film went into production, the news that Song would be featuring in director Jo’s space sci-fi film made headlines. The two previously worked together on “A Werewolf Boy” (2012), which sold over 6 million tickets, setting a record for romance movies.

Song said he heard about the idea for “Space Sweepers” from Jo when they were working on “A Werewolf Boy.”

“Back then we were both rookies — the director was in his early 30s and working on his first commercial film, and I just thought this person was really cool for constructing that kind of universe,” Song said. “Director Jo is really shy, and he’s not a man of many words, but I thought of him as a person who’s full of confidence on the inside." 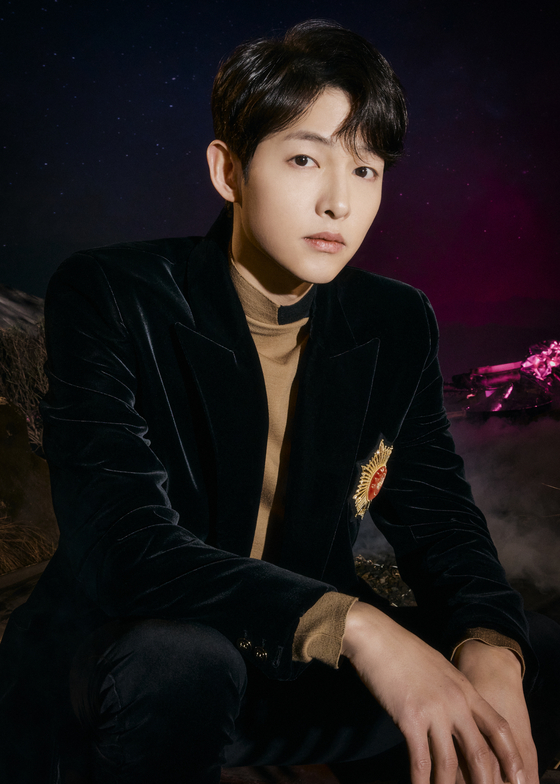 
When asked whether he has ever wondered why Jo chose him to work together again on his next big project, Song said that Jo might have given him the script because he’s “really comfortable around me.”

“I think we [both] have this sense of camaraderie that'd built up — he relied on me a lot [during the previous film] and vice versa, and I think we’re in a state where our sincerity [for each other] accumulated [over a period],” the actor said. “I don’t know when his next project is going to be but if he’s willing to give me another script because I’m one of the people whom he can be relaxed and comfortable around, I’m all for it.”

The four crew members on The Victory — Tae-ho, Captain Jang, Tiger Park and Robot Bubs — are at their core a family, despite their constant bickering. This close bond becomes more evident when they come across a humanoid robot named Dorothy, which they are told is actually a weapon of mass destruction.

“Family is the most important value to me, always,” Song said. “I think that’s why I like and am drawn to familial films, and all of director Jo’s films, even his short films, has that theme in them.”

While "Space Sweepers" has garnered some negative reviews for being too tear-jerking, Song says he never saw the film in that way.

“But I think that’s also the attraction of mass culture,” the actor said. “Some think this way, and others think that way. What matters is to let them enjoy themselves as much as they want, because they all have honest opinions, and I do respect that.” 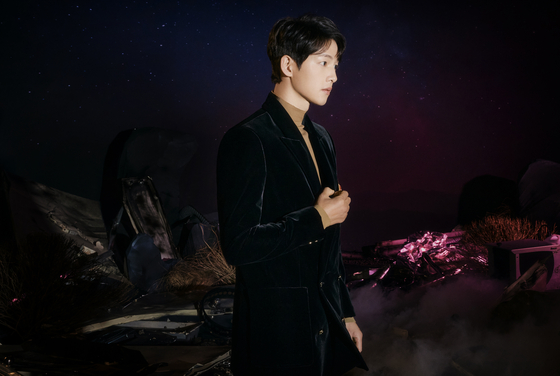 
Song seems to be comfortable with being the pioneer of a new genre. Before “Space Sweepers” he worked on tvN drama series “Arthdal Chronicles” (2019), the nation's first-ever ancient fantasy drama series set in the Bronze Age. The series was also one of the most expensive projects ever made in Korea, with an estimated budget of 54 billion won ($48.5 million). "Space Sweepers," cost 24 billion won to make, an indication that Song may be drawn to big-budget projects. The actor was quick to dismiss this theory.

“Let's take out the part about big-budget because that's not why I said yes [to either project]," Song said. "With ‘Arthdal,’ yes, it was a kind of genre that I’ve never seen before and that’s why I was attracted to the series. There’s been a lot of historical dramas previously, but a series that’s set in an ancient period? ‘Awesome,’ I thought. And along those same lines, a story that’s set in outer space? ‘Awesome’ again."

“I do think that I’m really ambitious to try out anything that I haven’t done before,” the actor continued. “Which also goes same for the opposite — I don’t think I’m drawn right away to projects [or roles] that I think I’ve done before.”

However, Song said he struggled with acting in front of a green screen and it took some time for him to get used to the process.

“When I was acting with my crew members — Kim Tae-ri, Yoo Hae-jin and Jin Sun-kyu — I was always at ease,” the actor said. “It’s when I was acting alone against the green screen — especially the scenes when I was in the remote room by myself, that were the hardest. 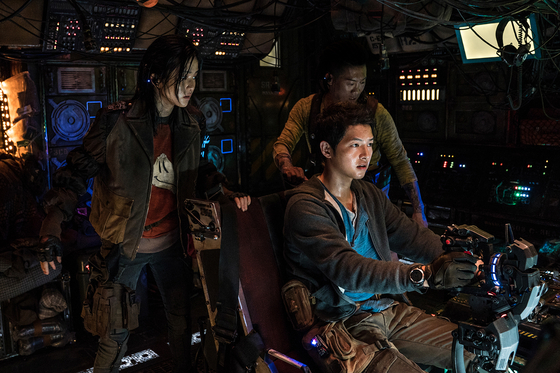 Song portrays Tae-ho, a space pilot who's seemingly willing to do anything to earn a bit of cash. [NETFLIX]


“There’s a time when an actor becomes strangely forlorn in front of the green screen,” Song said. “I think all actors sympathize with this — it was hard to balance my facial expression when I couldn’t actually see what was going on, so I would decipher how to naturally connect the [CGI scenes] to my actions. But because I spent so much effort on it, it became the most memorable scene for me and in fact, it became my favorite scene in this film.”

Over the Lunar New Year holidays the actor said he will mostly be shooting for his upcoming tvN drama series “Vincenzo,” in which he plays a cold-blooded lawyer who’s working as a consigliere for Italian mafia.

Although “Space Sweepers” was initially created to be shown on the big screen with full sound, the actor said that he has no regrets about the film being moved to a smaller screen.

“I’ve seen the film about four times after it premiered on Netflix, I think,” Song said. “I’ve seen it on television at home and through my iPad on the set. I know there have been responses about how the film might have been received differently if it premiered in theaters, but personally, I’m not one to dwell on things that didn’t happen. [Rather], I really liked the fact that I could see the film anywhere, whether it was on television or a smartphone screen.”