Ad in a documentary about a TV

Ad in a documentary about a TV 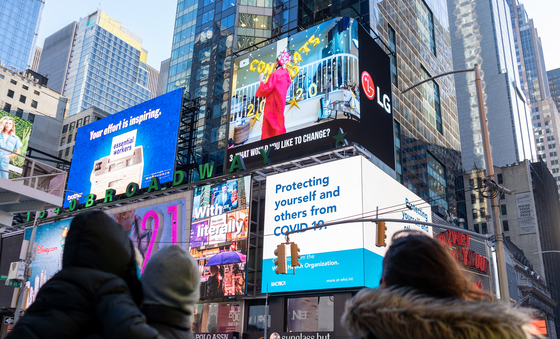 “Life in a Day,” a YouTube documentary released last week featuring a series of short video clips from all over the world, is shown on the LG Electronics electronic display in Times Square in Manhattan, New York, on Monday. During an ad run during the documentary, LG Electronics said customers who own an LG OLED TV can watch the documentary in 4K resolution. [LG ELECTRONICS]