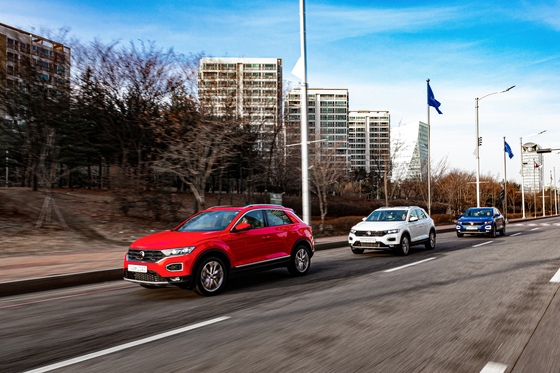 
T-Roc, the first compact sports utility vehicle (SUV) Volkswagen released in Korea, has an interesting presence on the road, with a quirky design catering to millennials looking for something a little different.


The T-Roc is jumping into the competitive compact SUV market in Korea, adding some variety to Volkswagen’s SUV lineup which until now has mainly focused on the Tiguan midsize SUV and the larger Touareg.

The T-Roc has a cutesy front with a separate daytime running light underneath the headlamps which blink orange when turning on the turn signals.

It hints at the family look of the Volkswagen, however, by inheriting the brand’s signature three-slat grille with the logo in the center. Paired with the more edgy front end, the T-Roc is clearly a Volkswagen, but the rebellious teenager of the family.

From the side, the vehicle has a slightly lower roof than other models in the same segment, giving it a coupe feel. Volkswagen Korea explained that the low roofline and wide body give the car a sportier look.

The interior is simple and surprisingly old-fashioned for the millennial member of the Volkswagen family, with a stick-type gear lever and a center console filled with analogue buttons, mostly controlling the air conditioning.

The relatively small eight-inch infotainment screen with touch-screen buttons adds to the old-fashioned vibe of the interior.

Doing away with the latest trend of keeping everything slim and chic in cars, the steering wheel of the T-Roc felt rather big and chunky. 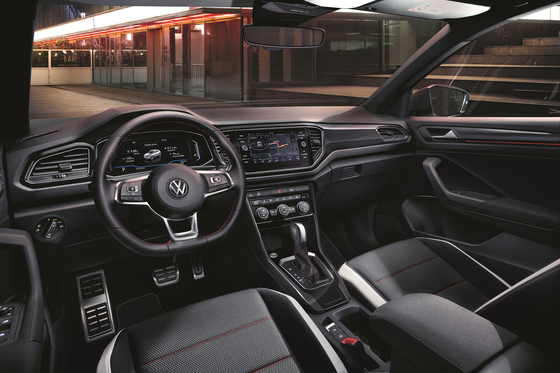 The interior of the Volkswagen T-Roc compact SUV. [VOLKSWAGEN KOREA]


Function-wise, however, there is tech hidden everywhere.

The navigation screen, which usually shows on the infotainment screen, could be shifted to a digital cluster behind the steering wheel.

When turning one’s head to look at the navigation feels burdensome, this function could come in handy.

Driving performance was agile but not as strong as expected, with clearly audible noise coming from the engine.

The low center of gravity made cornering and changing lanes stable, even at high speeds. The acceleration was responsive but the typical noise and trembling from a diesel engine when it heats up was clearly there, a long-time-no-see phenomenon since most cars launching lately tend to be eco-friendly.

The compact SUV comes packed with the latest driving assistant technology, including an active cruise control (ACC) which helps the car to keep a certain distance from the vehicle in front at a preset speed ranging from 0 to 210 kilometers (130 miles) per hour. Stepping on the brake will take the car out of cruise control, while accelerating will only increase the cruise speed. The ACC function is not included on the entry trim.

The T-Roc is available in Korea with a diesel engine that generates a maximum horsepower of 150 and torque of 34.7 kilogram-meters.

Its fuel efficiency is 15.1 kilometers per liter.

The five-seater SUV has 445 liters of luggage storage in the trunk, increasing to 1,290 liters with the backseats folded flat. 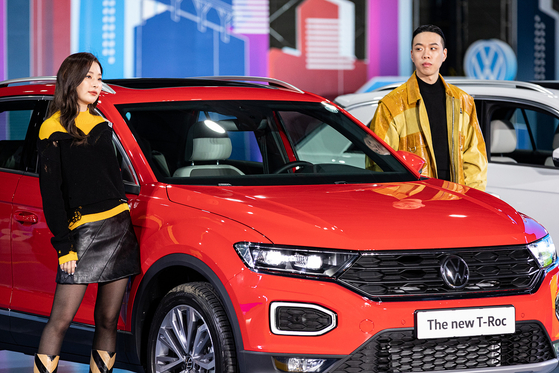