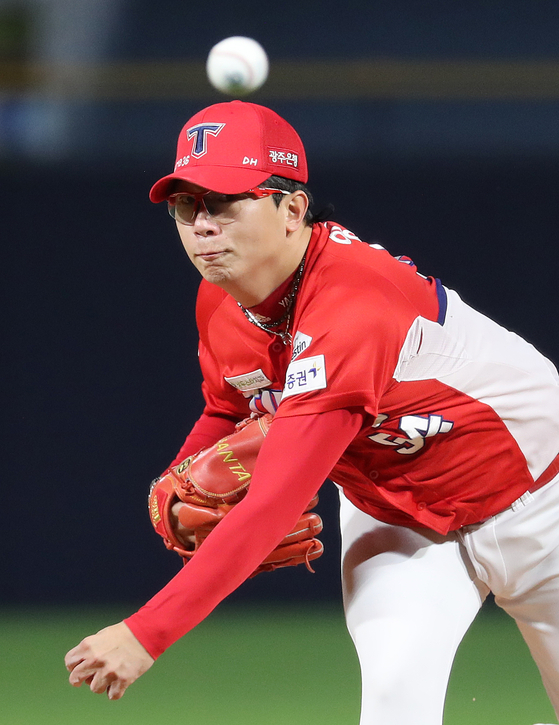 
Free agent Yang Hyeon-Jong has found a new home in the United States, joining the Texas Rangers on a minor league deal with an opportunity to compete for a big league spot.

In a press release on Friday, the Rangers announced the signing of Yang alongside catcher John Hicks and infielder Brock Holt, with all three players signed on minor league contracts but invited to major league spring training.

Details of Yang's contract haven't been announced, but Jeff Wilson, a reporter for the local Fort Worth Star-Telegram, reported that Yang was likely to be offered a $1.3 million deal for the year. With the Rangers' pitching rotation in flux, Yang has a serious opportunity to earn a spot on the MLB roster, either by impressing during spring training and exhibition games, or by proving his worth after a few games in the minors.

The Rangers have had their eye on Yang for a while, and actually made an offer when the Korean ace attempted to move to the majors through the posting system, but the Kia Tigers rejected the deal and kept him in the KBO. Yang is now a free agent and able to pursue deals on his own terms, allowing him to iron out the details with the Rangers for more than a month after the posting window has already closed for KBO players currently under contract to a local club.

Yang likely held off on making a deal in the hope that he could find a guaranteed offer giving him a place on the major league roster. With no club willing to do that, Yang will now have to earn his spot with the Rangers.

The move comes after an unusually tough season for 32-year-old Yang, picking up 11 wins and 10 losses with a 4.70 ERA in 2020. That high ERA may have impacted his prospects this off season, but Yang's career stats still speak for themselves: After 14 years in the KBO, Yang has a career ERA at 3.83 with 147 wins to 95 losses.

Yang is expected to finalize his work visa and fly to the United States to join the Rangers for spring training in the next few weeks.