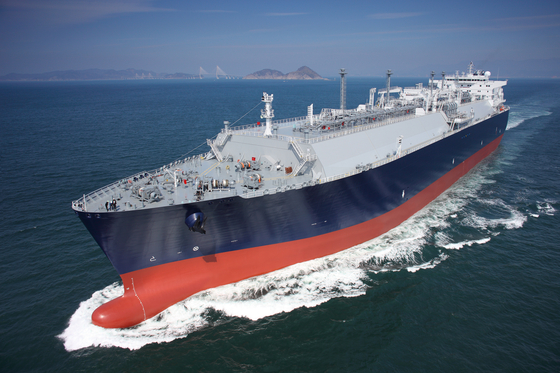 
Korean shipbuilders led by Hyundai Heavy Industries have jacked up their order targets for this year by over 40 percent compared with last year, as the global shipbuilding industry is expected to see a boom on the back of toughened environmental regulations.

Korea Shipbuilding & Offshore Engineering (KSOE) set the annual order targets of its three units at a combined $14.9 billion in 2021, up nearly 50 percent from the previous year.


The cumulative orders of KSOE's three shipbuilding units came to about $10 billion, or 116 ships, in 2020, meeting 90 percent of their order target of $11 billion.

Early this month, Samsung Heavy Industries said it aims to win new orders worth $7.8 billion, up 42 percent from its orders of $5.5 billion in 2020.

Last year, the shipbuilder's order target was $8.4 billion, but it achieved only 65 percent of the target due to the Covid-19 pandemic.

In late January, the shipbuilder said it will achieve $7.7 billion in new orders this year.

Daewoo Shipbuilding is scheduled to come under the wing of global shipbuilding behemoth Hyundai Heavy Industries Holdings (HHIH) within the first half of the year if the acquisition by HHIH is approved by trust regulators in the European Union, Japan and Korea.

HHIH is the holding company of KSOE.

As of January, China, Kazakhstan and Singapore have approved the acquisition.

Industry watchers predicted that toughened environment regulations will prod clients to resort to local shipbuilders, which have a competitive edge in liquefied natural gas-propelled vessels, pushing up their new orders.

According to data provided by global market researcher Clarkson Research Service, Korean shipbuilders got off to a good start in January, retaining their global No. 1 status in terms of new orders.

The local shipbuilders are expected to experience a temporary shortage of order backlogs in the second half of the year due to a decline in new orders last year, Yang Jong-seo, a researcher at the Korea Eximbank Overseas Economic Research Institute, said in his report released late last month, calling for them to take pre-emptive measures against it.

A new ship is usually completed two years after an order, and the construction of ships to be delivered by 2022 will start during the second half of this year.