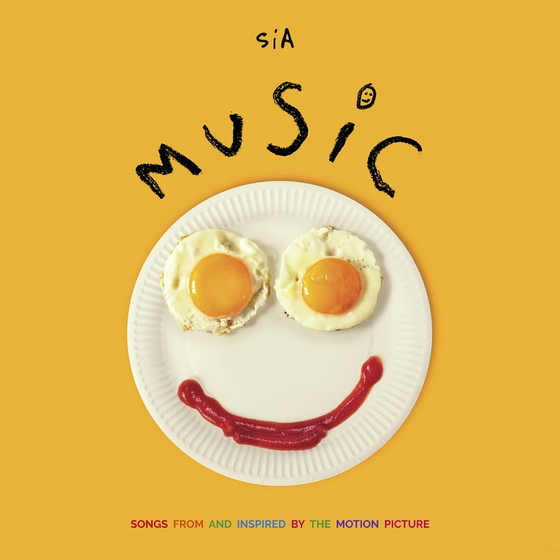 “Music — Songs from and Inspired by the Motion Picture”

Whatever your thoughts on the new movie “Music,” there can be no argument about the music in it: It’s very, very good.

Sia is behind the film — co-writing and directing — as well as writing and performing the accompanying 14-track album. If the film has attracted some criticism, the richly textured and emotional soundtrack cannot.

Sia’s trademark mix of tropical pop, hip-hop, a hint of ska with a touch of reggae combed with her distinctive voice, have a cinematic quality already, so almost every song on “Music” feels like it could play over the end credits of any movie in the last decade (OK, maybe not "Cats.”)

Some of the songs are wistful and moody (“Saved My Life,” “Floating Through Space”), some soar (“Together” and “Courage to Change”) and some are pure, candy-colored blissful pop (“1+1,” “Hey Boy,” “Eye to Eye” and “Play Dumb”). The title track, “Oblivion” and “Beautiful Things Can Happen” show some of the most restrained and mature Sia songwriting has ever done.
Open up the hood of this album and it’s quite clear how strong Sia’s gravitational pull is. David Guetta mixed and produced a song, Dua Lipa co-wrote a track, as did Pink. Labrinth — one of her collaborators in the supergroup LSD — adds producing help, plays synth and is featured on one song.

Longtime collaborator Jesse Shatkin — who helped write and co-produce Sia’s massive hit “Chandelier” — co-wrote much of “Music” with Sia, while mega-producers Jack Antonoff and Greg Kurstin each helped on a total of five tracks. The quality shines.
Lyrically, Sia often gets stuck in repetitive choruses — usually reaching for a hypnotic effect — and that’s true of “Music.” The songs are often about miscommunication and trying to better understand each other, which reflects the film’s themes.

“Music,” which uses 10 of the new songs but are sung by the cast, centers on an autistic girl named Music who is prone to imaginary song-and-dance dream sequences. That gives Sia the delightful chance to sing about both a person and her own muse: “Music, I’m your dearest friend/I’m here, when there’s nothing left/I’m your score.”

Sia has obviously put a lot of work into the film “Music.” What may make the most profound effect, though, is likely the stuff you hear.