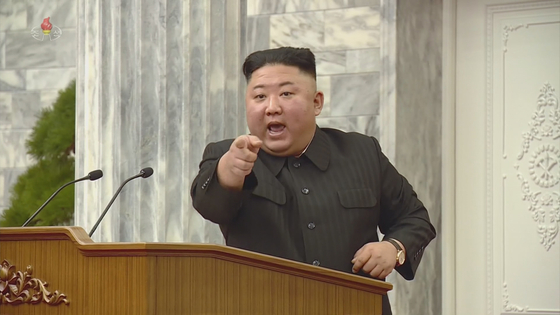 The KCNA reported that Kim was highly critical of the country’s new five-year economic plan during the final day of the 8th ruling Workers' Party Central Committee's plenary session, which took place from Feb. 8 to 11.

“In the field of agriculture, the goal for grain production has been set [too] high [...] irrespective of present situation where farming condition is unfavorable and the state is unable to supply enough farming materials,” KCNA reported Friday in English, paraphrasing what Kim said during the session.

The year 2020 was a tough one for the North, with Covid-19-related border restrictions, intense typhoons in the summer and continued strain brought on by international sanctions.

“In contrast with this," the report continued, "the fields of electric power industry, construction and light industry have [been] brought down [so the officials could avoid being] blamed in the year-end.”

The five-year economic plan was announced during the party congress in January, which was the first since 2016 and only the second since 1980.

The KCNA added in its report Friday that O Su-yong was elected secretary and economic department director of the Party Central Committee, a de facto admission that Kim Tu-il, who was given the position last month, was sacked.

Some North Korea watchers said Kim may be trying to strengthen his direct authority over the economy.

“Sacking the economic director within a month of his appointment is likely a move by Kim to signal to the rest of the party members that he isn’t going to go easy on the economic policies,” said Lim Soo-ho, a researcher at the Institute for National Security Strategy, affiliated with the National Intelligence Service of Korea.

The plenary session was reportedly being streamed live to heads of local factories in North Korea. 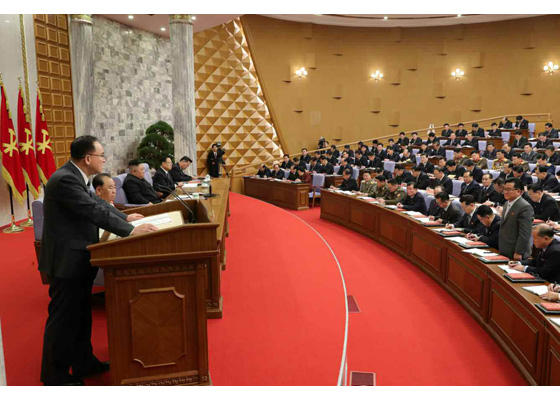 Jo Yong-won, secretary of the Party Central Committee, left, speaking whilst Kim Tu-il, former head of the economic department of the committee, stands in listening during the party's plenary session on Feb. 10. The photo is from Rodong Sinmun, a state media of North Korea. [NEWS1]


While Kim was not reported to have commented much on foreign policies, the session announced the appointment of Ri Son-gwon, the North’s foreign minister, as a member of the Political Bureau of the Party Central Committee, the highest decision-making body in North Korea.

Kim Song-nam, head of the international department of the Party Central Committee, who is known for handling relations with China, was appointed an alternate member of the Politburo, according to the KCNA report.