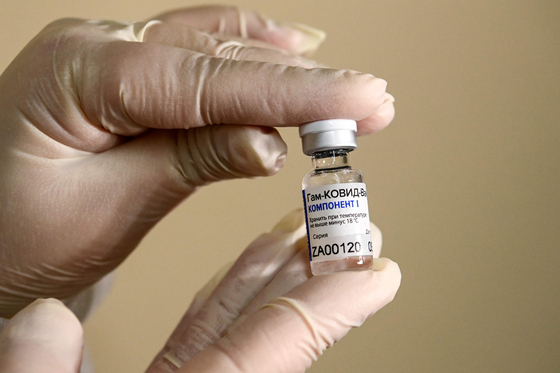 A sample of Sputnik V, a Covid-19 vaccine developed and approved by Russia. [AFP/YONHAP]

The author is an EYE Team reporter of the JoongAng Ilbo.


On Oct. 4, 1957, scientists from around the world gathered for a party at the Soviet Embassy in Washington D.C. It was an occasion to socialize after a seminar on the International Geographical Year. As the festivity elevated, a Soviet scientist bragged that the Soviet Union would launch a satellite.

The United States was shocked. The belief that America was ahead of the Soviet Union in science and technology collapsed. Fear grew that Soviet missiles with nuclear warhead may threaten continental United States.

Congress called for government measures, and President Eisenhower established NASA, the National Aeronautics and Space Administration. President John F. Kennedy established Project Apollo, a manned mission to the Moon. On July 21, 1969, Neil Armstrong became the first human to walk on the Moon as Apollo 11 landed on the Moon. From the establishment of NASA to the exploration of the Moon, Sputnik woke America from complacent sleep.

The name Sputnik has returned to the spotlight lately. Russia’s Covid-19 vaccine has been named “Sputnik V.” Other countries initially were skeptical due to lack of clinical data, but they began to give it a second look. A paper in The Lancet confirmed its 91.6 percent efficacy followed by experts’ verification of the vaccine. The effectiveness on people over the age of 60 was 91.8 percent. On Feb. 8, our health authorities said the vaccine was under review. The dramatic reversal from doubts to attention reminds me of Sputnik 1.

Former U.S. President Barack Obama liked to use the expression “Sputnik moment” while in office.

It was a warning that unexpected rivals could appear not only in science and technology but in other fields and threaten the United States anytime.

Does it only apply to America? If the Korean government and companies are sure about the technological superiority and remain complacent, late starters can always penetrate. The awakening from the Soviet Union is still valid.