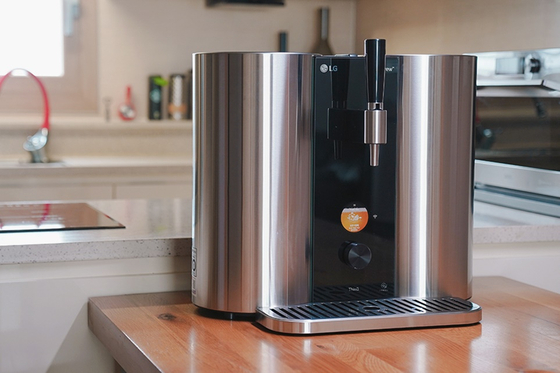 
Yoon Myung-joo, a 33-year-old office worker living in Seoul, made a big purchase ahead of the Lunar New Year holiday: A home beer brewing machine.

Having decided not to visit her family living outside Seoul this year due to social distancing measures, Yoon spent the holidays at home, alone with her new machine that allows her to make her own homemade beer.

“I thought it would be a clever purchase to use at dinner parties as well,” Yoon said.

As social distancing continues, home electronics are becoming more popular as Koreans invest in machines they might have been unwilling to splash out on in the past — either because they weren't sure how useful it would be, or because of the high price tag.

A leader in this product segment is LG Electronics. The company launched a capsule-based home brewing machine in July 2019 at nearly $4 million won, adding a cheaper model to the lineup in July last year.

LG’s HomeBrew 2020 model can produce five types of beer at home: Pale ale, IPA, pilsner, stout and wheat ale. One capsule and a wait of two to three weeks results in a five-liter reserve of fresh homemade beer.

An earlier home brewing pioneer in Korea was local start-up InTheKeg. The company received awards at the annual CES trade show for two years straight with its home brewing machine. Having launched a product for store owners last year, this year the company introduced InTheKeg Home for general consumers. It also produces 5 liters of beer by fermenting wort, a raw material that goes into beer.

Technology related to air quality have been popular for years now due to ongoing concerns about fine dust levels.

One item that rose to prominence amid this sentiment was the clothing steam cleaners like LG’s Styler and Samsung Electronics’ AirDresser series. 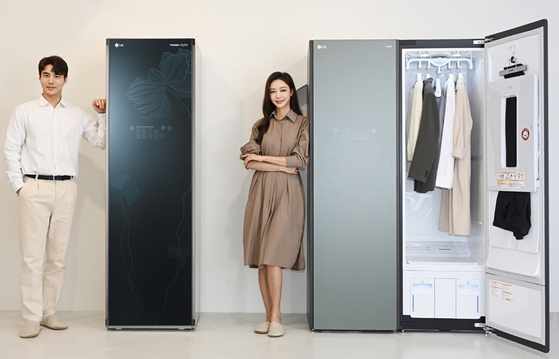 
These products have been around for years, but 2020 saw sales shoot up. LG Electronics’ Styler saw sales last year equivalent to 30 times what it sold in 2011, when the company first launched the product. Overseas sales jumped 50 percent on year in 2020, which is notable considering the product segment itself is relatively unknown overseas.

Samsung has taken the concept one step further. At last year’s CEO show, it showcased a “shoe care system” that deodorizes and dehumidifies shoes inside a box-shaped machine.

“There’s a lot of consumers out there that love their shoes as much as bags or clothes,” said a Samsung spokesman. “The shoe care system will receive as much as attention as clothes care systems.”

To meet changing customer demand in home electronics, companies are also offering high-end devices that are smaller and more expensive than previous generations. 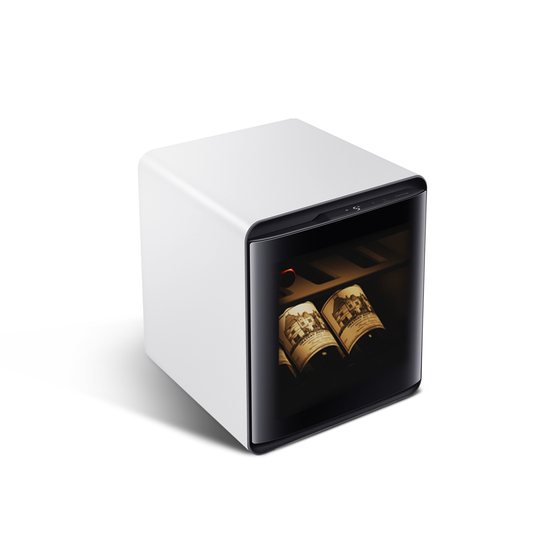 Samsung’s 25-liter Bespoke Cube refrigerator launched in late October. Measuring 44 centimeters in height, this cube-shaped fridge was made with a size and design to cater to customers that want to store beverages or alcohol outside the kitchen, like in living rooms or bedrooms. It’s priced above 600,000 won ($544).