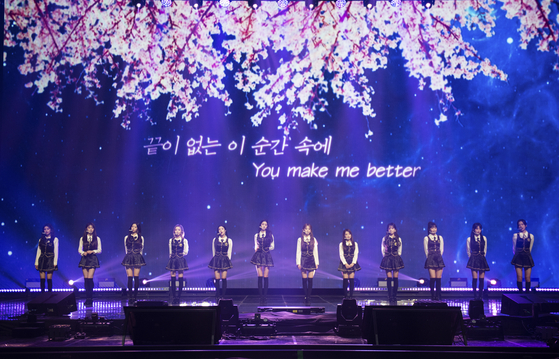 
K-pop fan community platform Universe's first online live concert “UNI-KON” was viewed by some 2.6 million people in 164 countries, according to the app’s developer NCSoft on Monday.

“There haven’t been big concerts recently due to Covid-19, but we could enjoy many artists’ performances today through Universe,” said singer Kang Daniel during the show. “I hope today’s ‘UNI-KON’ was a gift for the audience.”

A video of the concert will be available on video-on-demand services with additional footage, including individual shots of members performing. Behind-the-scenes footage and interview videos will be serviced on the Universe app in the near future.

Universe is a K-pop fan community app launched by game publisher NCSoft and its subsidiary Klap on Jan. 28.