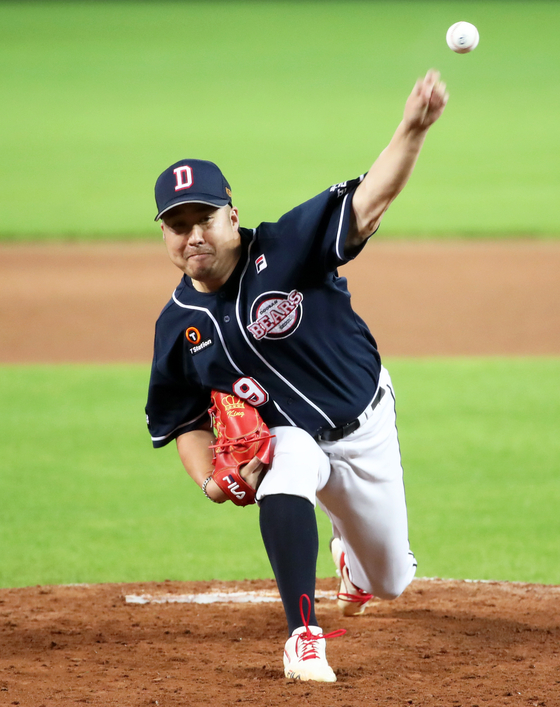 
Pitchers Yoo Hee-kwan and Lee Yong-chan are the only unsigned players left in the KBO and the clock is ticking, with spring training already underway and exhibition games set to start in just over a month.

The Bears, not traditionally big spenders in the free agent market, acted quickly to stop their entire infield being decimated.

They re-signed Heo in December on a big 8.5-billion-won ($7.7-million) four-year deal and brought back Kim on a three-year deal in January. Jung also signed a new six-year deal in December, leaving the Bears with three of their seven free agents back in the club.

Oh and Choi both got away, Oh to the Samsung Lions and Choi to the as-yet-unnamed Wyverns.

But while the Bears were quick to keep as many position players as possible, they've showed little interest in their two missing pitchers. Yoo and Lee are expected to re-sign with the Seoul club, but clearly there is still some distance between what the two pitchers think they're worth and what the club is willing to pay.

At 34-years-old, Yoo has consistently picked up at least ten wins each season for the past eight years, but his form has started to slide over the last three seasons. Yoo has never been an especially fast pitcher and he typically racks up a fairly high ERA each season, but he has been a solid part of the Doosan starting rotation for almost a decade.

Things started to slip over the next few seasons, with Yoo falling to a 6.70 ERA in 2018 before bouncing back to a career-best 3.25 ERA in 2019. That inconsistency was on display again last year, when Yoo's losses outnumbered his wins for the first time in his career, at 11 to 10, and he racked up a 5.02 ERA.

Like Yoo, 32-year-old Lee has also battled with a difficult few years, culminating in elbow surgery last year that has left him out for nearly all of the 2020 season. 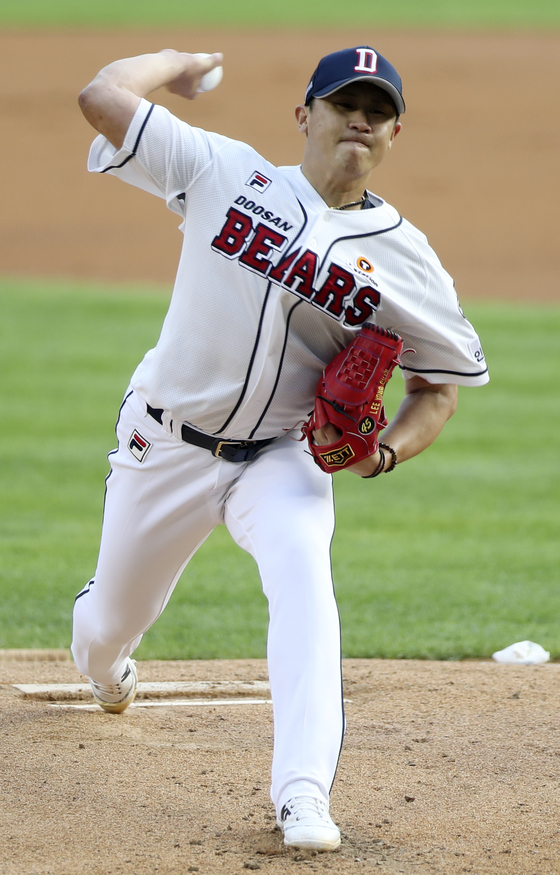 
Lee joined the Bears in 2007, making eight appearances for the club in 2008 before entering the bullpen properly in 2009, with 26 saves in 51 appearances and a 4.20 ERA. Lee has spent the last few years moving between the starting rotation and covering the closer position depending on the requirements of the team.

With both pitchers struggling over the last few seasons, the issue with their contracts is likely because the Bears, who have already spent far more than they normally do in the free agent market, are unwilling to offer big contracts to either player.

Both Yoo and Lee are currently training on their own as they are unable to join the Bears' spring training camp, with Lee especially having to focus on his post-surgery rehabilitation without the Bears' training and medical staff on hand.

With the KBO season set to begin on April 3 and exhibition games starting on March 20, the two pitchers will need to finalize their updated contracts as quickly as possible in order to get in enough training with the full Doosan squad before games begin.