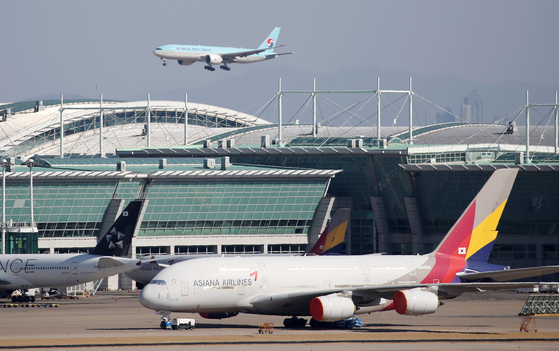 The debt-laden full-service carrier reported 3.56 trillion won ($3.24 billion) in revenue last year, down 40 percent on year, according to its preliminary report released Tuesday.

Its earnings were affected by Covid-19, which took a toll throughout the year.

The airline’s 325-billion-won in net losses in the fourth quarter of 2019 swung to 165.8 billion won in net profit during the same period last year.

IT products, medical supplies and individual protection equipment were among the popular items that were transported by air to the United States, Europe and Southeast Asia, generating 2.14 trillion won in revenue – the highest on record.

It retrofit two of its passenger aircraft to carry more cargo by air. The company plans to remodel another two carriers for cargo transportation.

The company hopes to report a profit “from passenger recovery as a result of widespread vaccine inoculation,” said a spokesperson for Asiana Airlines in a statement.

Asiana Airlines is currently in the process of being acquired by Korean Air Lines, which also reported on-year net loss and lower revenue last year.