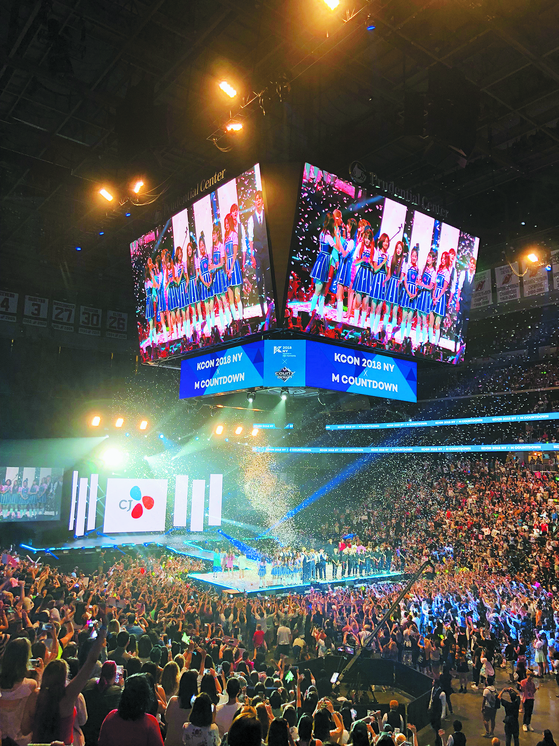 
Entertainment company CJ E&M will host the third “KCON:TACT,” the online version of the annual Korean culture and music convention KCON, from March 20 to 28.

Events will be conducted based on the local time and language. Attractions have been customized to best suit local interests and fan bases, such as workshops with local influencers and virtual fan meet-and-greet programs, which were a hit at American and Japanese KCONs.

Online K-pop concerts will be held as well, virtually recreating the locations of previous offline KCONs. The lineup has not been announced yet, but the concert will feature various collaborations between K-pop acts as well as fan performances, and will be streamed exclusively on the Korean streaming platform Tving. Fans abroad can participate via YouTube and Mnet’s K-pop channel.

KCON is normally hosted at multiple locations around the world, including cities in the United States, Japan, France, the United Arab Emirates, Mexico, Australia, and Thailand.

Since the Covid-19 pandemic, KCON switched to an online version named “KCON:TACT.” Two KCON:TACTs were held in 2020, featuring 60 K-pop acts and viewed by 8.45 million international fans of Korean culture.

KCON was started in 2012 by K-pop website Koreaboo in partnership with CJ E&M’s U.S.-based subsidiary Mnet America. The offline events have attracted some 1.1 million participants in total.