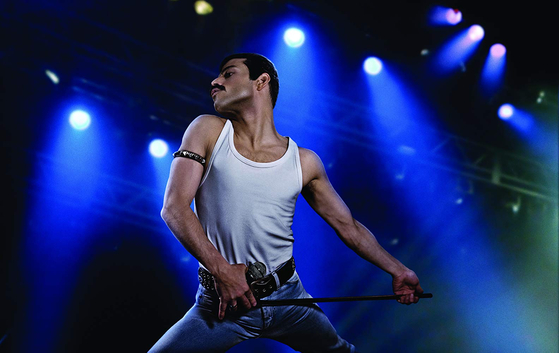 The film, based on the life of legendary rock singer Freddie Mercury, aired on SBS on Saturday as a Lunar New Year’s special. Mercury was bisexual, although he remained vague about his sexual orientation during his lifetime.

SBS edited out a scene of Rami Malek, the actor portraying Mercury, kissing his boyfriend in the film. It also blurred out same-sex kiss scenes between extras in the background.

“‘Bohemian Rhapsody’ is a biopic not only about Freddie Mercury’s music but also his life as a sexual minority,” said Rainbow Action. “SBS’s decision to delete or blur same-sex kiss scenes was an insult to not only the late Mr. Mercury, but also the entire LGBT community.”

The organization also claimed that if SBS chose to air the movie, the channel should have also fully conveyed the message of the film. It also called for measures to promote diversity and prevent discrimination against sexual minorities in the future.