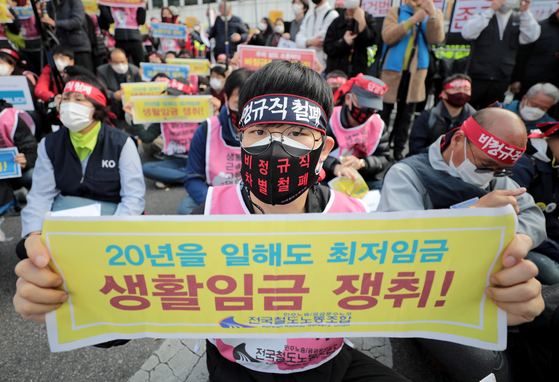 In this file photo, contract workers hold a rally near the Peace Market in central Seoul on Nov. 13, 2020 to demand higher salaries, job security and better working conditions. [NEWS1]


The number of contract workers rose by 945,000 since President Moon Jae-in assumed office in May 2017, an analysis by an opposition lawmaker claimed.

According to Rep. Yoo Gyeong-joon of the People Power Party (PPP), who headed the Korea National Statistical Office from 2015 to 2017, the increase in contract workers is the highest in history. Yoo said his analysis used the National Statistical Office's data on the economically active population and was the first on contract workers, often called "non-regular" workers in Korea, since Moon took office. 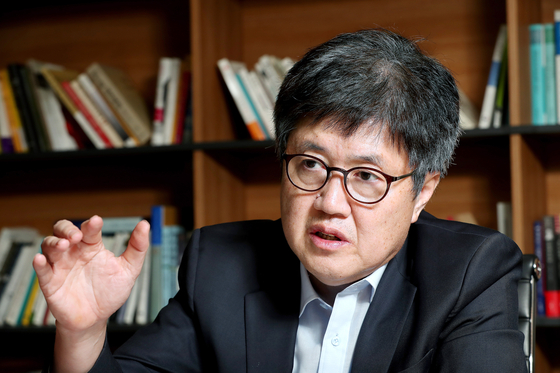 Last year was an anomaly because of Covid-19, which depressed employment overall. The number of non-regular workers actually decreased by 55,000.

Over the past four years, the accumulated increase in contract workers was 945,000. This year, the total number of non-regular workforces was over 7 million. 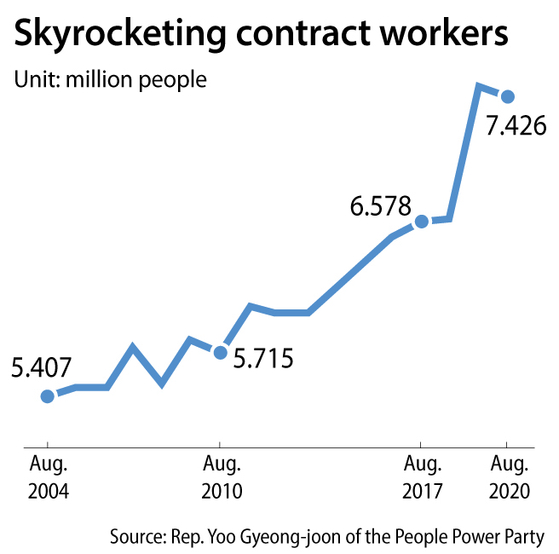 The increase is nearly double the corresponding figure for the Park Geun-hye presidency, when 530,000 non-regular jobs were added . During the five years of the Lee Myung-bak administration, the number of non-regular workers increased by 222,000.

"The Moon administration has pushed a campaign to upgrade non-regular workers to become full employees [with benefits] in the public sector," Rep. Yoo told the JoongAng Ilbo. "And yet, the number of non-regular workers skyrocketed because the policy is not working in the private sector."

The government said the rapid increase was because survey respondents made errors in 2019. It argued that about 500,000 regular workers -- full staffers -- identified themselves as irregular workers in 2019.

If the government's explanation is valid, the number of non-regular workers still increased by at least 445,000 during the Moon presidency, no less than under previous administrations.

"I have taken into account the errors, but still the number of non-regular workers went up in this administration by 945,000," Yoo said. "For the Moon administration to avoid criticism for manipulating and distorting statistical data, it must explain why it said the [2019] data included many errors and why it blamed the respondents for making mistakes."

Demanding that the government announce an official figure for non-regular workers, Yoo also asked the Board of Audit and Inspection to conduct a probe of the statistical office.

Yoo said Moon's income-led growth policy is the key reason for the steep increase in contract workers. "The government rapidly raised the minimum wage, so regular employment rapidly decreased," he said. "Regulations that undermine the private sector's business vitality are rampant in the Moon government, and layoffs continued in manufacturing. The companies filled  vacancies with non-regular workers." 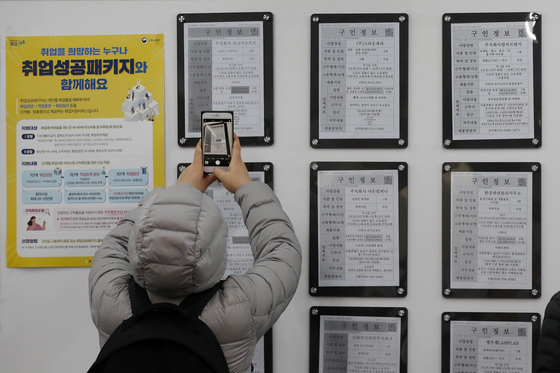 A job seeker takes a photo of an employment posting at the Seoul Western Employment and Welfare Center in Mapo District on Feb. 10, 2020. [NEWS1]

Yoo also slammed the government for short-term employment programs for the elderly to create a statistical illusion over the past years.

Meanwhile, Moon stressed the importance of job creation on two consecutive days this week as the country faces serious unemployment. At a cabinet meeting on Tuesday, Moon said all ministries must work together to create jobs. 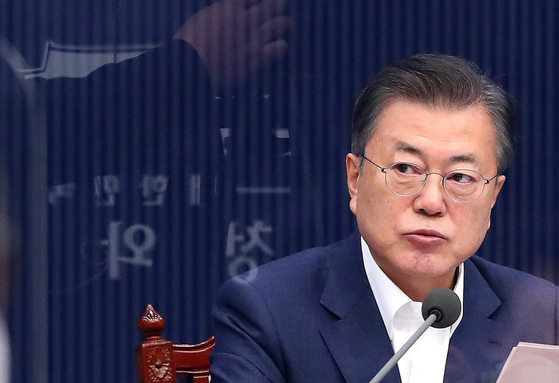 "The number of newly employed for January went down by nearly 1 million compared to the same month in the previous year," Moon said. "The number of unemployed people was higher than 1.5 million. Although the situation was unavoidable due to the pandemic, the people's livelihoods are affected harshly."

He reiterated a plan of relying on fiscal spending to create public sector jobs. "The central government, local governments and public institutions will directly create 900,000 jobs by the end of the first quarter," he said.

At a senior secretariat meeting on Monday, Moon urged his aides to quickly come up with employment measures for young people and women.

According to National Statistical Office data for January, the number of jobless was the highest ever at 1.57 million, up 417,000 compared to the previous year. The unemployment rate was 5.7 percent, going over the 5-percent mark for the first time in 21 years.

It was also the first time in 22 years that unemployment increased in all age groups.

One surprise was a decrease in jobs among the elderly. The government has funded public sector jobs and welfare projects for people older than 60. People in the part-time jobs are paid up to 300,000 won monthly from tax money, propping up employment statistics for the past few years.

That number, however, went down by 15,000 in January, the first decrease in 12 years and ending the statistical illusion.