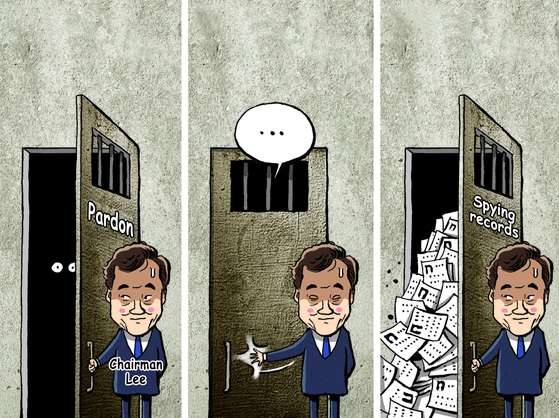 Democratic Party Chairman Lee Nak-yon suggested a special pardon for former President Lee Myung-bak, but in the face of opposition from DP lawmakers, dropped the proposal. Then Lee attacked the National Intelligence Service under President Lee for having spied on lawmakers — to whip up support ahead of mayoral by-elections in Seoul and Busan in April. [PARK YONG-SEOK]