Japan’s Me Too moment

Japan’s Me Too moment 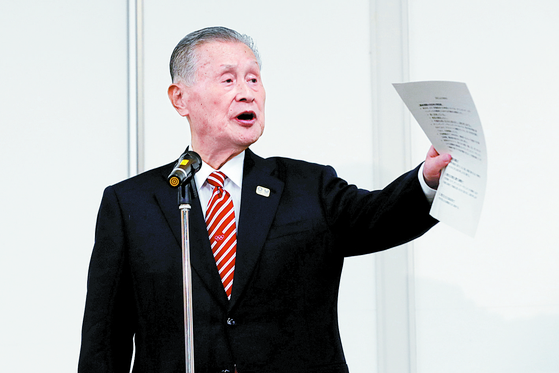 
The first thing that came into my mind as I watched the saga of Yoshiro Mori, president of the Tokyo Olympic Organizing Committee, from his sexist remarks to his resignation, was that Japan was a super-aged society. I cannot remember the last time I actually talked to an octogenarian, but everyone involved in this epic drama is an octogenarian. Born in 1937, Mori is 83 years old.

Mori said, “Meetings with many women take a lot of time … Women have a strong sense of rivalry.” When he was criticized, he got upset and said, “Sweep me out if I am an old man causing trouble!” Disappointed Olympic volunteers declared they would quit, and Toshihiro Nikai, the longest-serving secretary general of the ruling Liberal Democratic Party, said, “If they do want to quit no matter what, we can recruit additional volunteers.” Nikai, 81, was born in 1939.

The highlight was when Mori’s successor was announced. After deciding to resign, Mori visited Saburo Kawabuchi, former Japan Football Association president, and asked him. Kawabuchi was born in 1936, a year before Mori. The selection process defined in the Organizing Committee bylaws was completely ignored.

But when the Japanese media mocked it, saying, “Succession from an 83-year-old to an 84-year-old!” Kawabuchi said, “I am old, but I won’t be outdone by the young people.” Their confidence and brazenness made me realize that these people have never swallowed what they want to say in their whole life.

The problem is not the age, but the incompetence of failing to read the changing times.

They scold women for “talking too much” and a “lack of judgment.” I learned a new Japanese word from the series of events, “wakimaeru.” It means “discerning.” While making the sexist remarks, Mori must have felt he made a slip and said, “The female directors in the committee are all discerning and helpful.”

But women are angry and declared, “Let’s show what undiscerning women can do.” They started an online signature drive and protested with a broom to signify “Sweep him out!” They posted criticism online under the hashtag #UndiscerningWomen. It is the rebellion of the “undiscerning women” who refuse to keep their mouth shut.

When the MeToo movement spread around the world, Japan was quiet. The gender inequality index published by the World Economic Forum ranks Japan at 121 among 153 countries. Korea is ranked at 108th. I thought the sexist remarks would be swept under the rug, as they always have been, but this time its different. It is a small triumph for the “undiscerning women.”