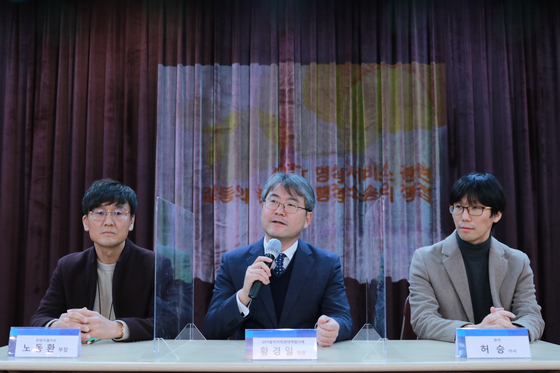 The OTT Music Copyright Committee holds a press conference on Wednesday morning in Yeouido, southwestern Seoul, to explain its grounds for filing an administrative litigation against the Ministry of Culture, Sports and Tourism. [OTT MUSIC COPYRIGHT COMMITTEE]


Raising the music copyright fees for local over-the-top (OTT) video services not only symbolizes the Culture Ministry’s inability to comprehend the realities of the local market, but is also evident of its inability to properly communicate with related parties in the industry, the OTT Music Copyright Committee said on Wednesday, explaining the reasons for filing administrative litigation against the Ministry of Culture, Sports and Tourism.

The OTT Music Copyright Committee, a coalition of local OTT video services including Watcha, Tving and wavve, held a press conference on Wednesday morning in Yeouido, southwestern Seoul, to explain the grounds on which the litigation was filed and demanded the Culture Ministry revoke its approval of the latest music copyright payment rate.

The litigation comes as a response to the Culture Ministry’s decision to raise music copyright fees for OTT services — or to formalize the numbers for the first time — late last year. On Dec. 11, the Culture Ministry authorized Korea Music Copyright Association’s (Komca) proposal for an amendment to its rules of royalty collection submitted to the ministry in July, which now dictates that online video services will pay 1.5 percent of royalty for music used in cinematographic works, or videos, that are serviced on their platforms from next year. Videos with content that mainly concerns music, such as music programs or live performances, will pay 3 percent.

The 1.5 percent for non-musical shows will gradually increase year by year to reach 1.9995 percent by 2026, while the 3-percent rate will also increase to 3.9998 percent by 2026. The committee released a statement expressing dismay regarding the decision immediately afterward and announced it would file administrative litigation. The litigation was filed on Feb. 5. 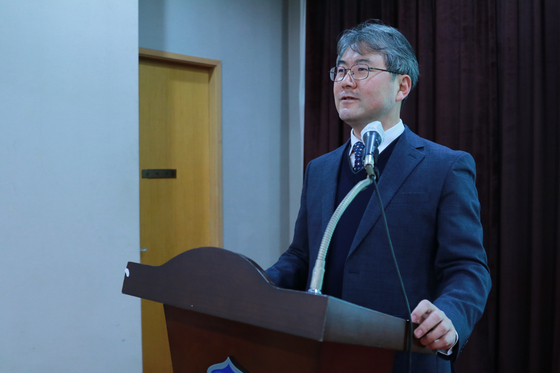 
“Taking the example of tvN’s entertainment show ‘3 Meals A Day,’ 1.5 percent of the revenue made from the program has to go to music copyright if it's serviced on an OTT service,” said Hwang Kyoung-ill, the president of the committee. “If the same program is serviced on tvN’s website, then the payment is only 0.75 percent of the revenue. The same content is being serviced and the music plays the same part in forming the show, but the payment is almost double [for OTTs].”

According to the committee, there is “no significant difference” in the video services, seeing as how the same programs go on IPTVs, cable channels, terrestrial channels, the internet as well as OTTs. Yet while the aforementioned services are subject to a cost deduction from Komca to use for “culture enhancement” or related research, OTTs are not given deductions and instead, now required to pay more.

“We are being discriminated against by Komca, which is overusing its power, and the Culture Ministry is allowing it to happen,” Hwang said.

The war between Komca and the committee started over a year ago, when Komca complained that local OTTs were not properly signing royalty contracts citing that no specific regulations exist for such services. Local OTTs offered 0.625 percent, which was based on Komca’s regulations for retransmitted broadcasting works established in 2006 when online retransmissions were limited to TV broadcasters’ websites or other televised platforms. Komca demanded 2.5 percent — the rate that Netflix had been paying.

“Komca keeps citing Netflix, but taking one example that breaks the balance [in the local market] and forcing it on us is an error of generalizing the whole situation with a very small fragment,” Hwang said. “The way that Netflix handles its contract with content providers in Korea and how it creates and manages its original content is different from us. We do not ask for special treatment that’s different from what Netflix is doing. All we’re asking for is that all factors be taken into account for fair play.”

The committee pointed out the way Komca’s amendment had been handled is also problematic, and proves the Culture Ministry’s “lack of communication.” An amendment must be submitted in person, viewed and authorized by the culture minister, but instead was only handed in via documents and the minister overused his powers to approve the change. The Culture Ministry also had seven copyright-related personnel in its Music Industry Development Committee, which was formed to discuss and advise the ministry’s music-related policies, but only three personnel related to music users, according to the committee.

“This is not just about the music copyright fee,” said Hwang. “The Culture Ministry has failed to communicate with us and we had no other realistic way but to file litigation in order to get our voices heard. Komca, music creators and other copyright-related parties have been getting their stories heard, but we were not even allowed to enter into the ministry building once. This litigation is more than just about the fees, but a wrong systematic structure that allows us no other choice.”

Despite the litigation, the committee said services will pay their due amounts based on the new fee rate, “within February or March.” Local OTTs had not been paying Komca music copyrights from 2017 to 2020, but three rounds of payments were made in September and October last year at a 0.625 percent rate.

Although the 1.5 percent number seems small on paper, taking into account other factors that bind OTT services makes the raised amount of copyright payment almost six to seven times higher than before, according to the committee. Such a “burdensome” fee may inevitably lead to higher subscription fees for consumers, so this debate is not about OTTs versus Komca, but rather about Komca versus video creators.

“OTTs service video content, not music, like [streaming service] Melon,” Hwang said. “If OTTs start paying [more] for using music, it affects all content creators. Content creators should have been included more in the process, but they were overlooked in this decision.”

The Culture Ministry said it will comply with necessary measures and provide any files required for the litigation.